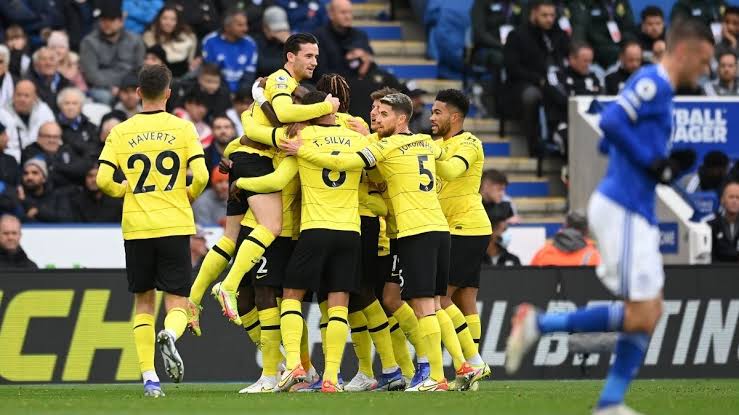 Thomas Tuchel’s team extended their unbeaten league run by dominating the Foxes and winning all three points. Until recently, the Blues had only lost one league game. Steven Gerrard earned his first victory as Aston Villa defeated Brighton FC by a score of 2-0 in his first match in charge following the departure of Dean Smith.

Ollie Watkins and Tyrone Ming scored in the final 10 minutes for Villa, after the first half ended goallessly. They have won just one of their previous five matches, while Brighton has drawn two and lost three. In another match, Manchester United was humiliated 4-1 by Watford. Due to this defeat, the Red Devils parted ways with Ole Gunnar Solkjaer. United has won just one of their previous five matches, dropping them to ninth place with 17 points. Liverpool halted Arsenal’s seven-game unbeaten streak with a 4-0 victory in the final game of the day. Sadio Mane gave them the lead in the 39th minute, before Diogo Jota, Salah, and Minamino scored in the second half.

Two games were played on this day, Manchester City secured a 3-0 victory over Everton in the first game before Tottenham collected maximum points against Leeds.

Table Standings Have Been Updated Liverpool’s Mohamed Salah has scored a total of 11 goals and provided 7 assists in 12 games leading both scorers and assist table. Petr Cech React to Manchester United Playing Chelsea With a New Manager Ahead of Sunday Game. See His Reactions