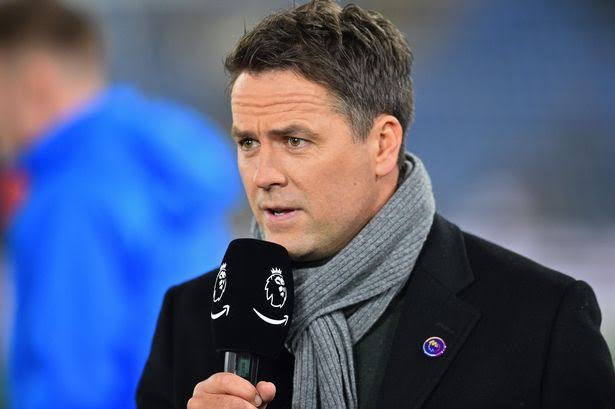 Check out Michael Owen Predictions as Liverpool will open week 8 as Chelsea, Man City and United will also have their hands full in today’s fixtures.

Man United return from the international break without first choice centre-halves Harry Maguire and Raphael Varane with a tricky fixture run looming in front of them.

Leicester however find themselves in in poor form with just one win in their last seven games in all competitions but Owen is backing Ole Gunnar Solskjaer’s side’s to come away from the King Power Stadium with a win.

‘I didn’t see United’s last two results coming. To pick up just one point from two home games to Aston Villa and Everton is disappointing and the pressure is back on Ole,’ Owen wrote for Bet Victor.

‘Bruno Fernandes’ form has dried up, and Solskjaer needs to find a way to bring out the best of him and Cristiano Ronaldo.

‘When the pressure is on, Ole tends to get a result. Leicester haven’t beaten United at home in the league since 2014, so this is clearly a good matchup for United and despite their injury concerns at the back, I fancy United to narrowly edge this.’

Owen is also backing Liverpool and Chelsea to pick up wins on the road with both sides in action against promoted teams this weekend.

‘Watford were poor in the away defeat to Leeds, but it was still a surprise to see Xisco Munoz lose his job. I know it’s a club that does things differently, but I’m still surprised to see Claudio Ranieri back in English football. Ranieri is an experienced coach, but this is a big ask of him.

‘As first games go, this is as tough as it gets. I think Liverpool will be too strong and win this 2-0

The UCL Group Tables And Match Analysis After Yesterday’s Matches

Check out the Strongest Chelsea Lineup that Can Depleted Any Team in Europe.