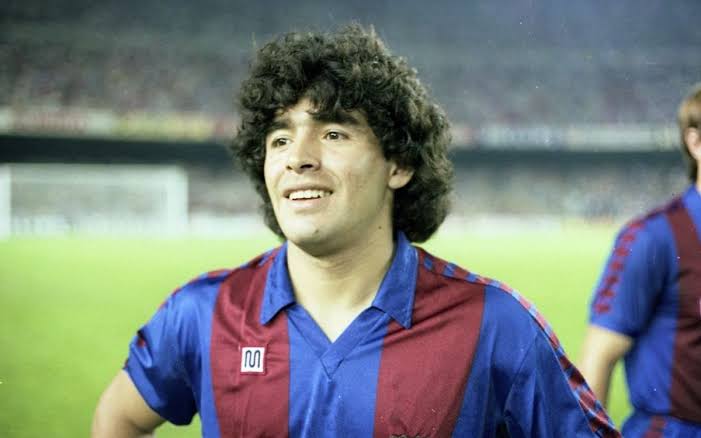 Diego Maradona has died from a heart attack less than a month after turning 60.

The Argentinian football legend died at home, his lawyer said, just three weeks after having surgery on a blood clot in his brain.

Maradona won the World Cup with Argentina in 1986, having knocked England out of the tournament in a match which saw him score the infamous ‘Hand of God’ goal and another – widely considered to be one of the greatest goals of all time.

Regarded as one of the greatest players of all time on the pitch, his life off the pitch was equally notorious – amid battles with drug and alcohol addiction.

‘You took us to the top of the world. You made us immensely happy. You were the greatest of all,’ the Argentine leader tweeted. ‘Thanks for having existed, Diego. We will miss you for a lifetime.’

The footballer’s family have yet to make any formal comment.

Nine ambulances were sent to his house at around midday on Wednesday in the exclusive gated residential neighbourhood of San Andres north of Buenos Aires where Maradona went to live after leaving hospital.

Local reports said one of the nurses caring for him had raised the alarm after discovering he had suffered a suspected heart attack.

Thank you for the memories. 🙏🏾 #diegomaradonapic.twitter.com/ZNwEhs5GGX

‘I thought at first the news of his death was fake news but obviously it’s what happened. It’s terrible and a tragic surprise because measures had been taken to make sure he was being looked after.’

There is no suggestion there is anything suspicious about Maradona’s death, but state prosecutors are on their way to the house where the soccer legend died as part of a routine investigation.

Like Loading...
Related Topics:#DiegoMaradona: Diego Maradona whose hands of God's gave Argentina World Cup Trophy dies at 60
Up Next

Hakim Ziyech, Timo Werner and Mendy: Who should be considered as the best signing this season.

Check Out Players Who Played 90 Minutes Without Touching the Ball.