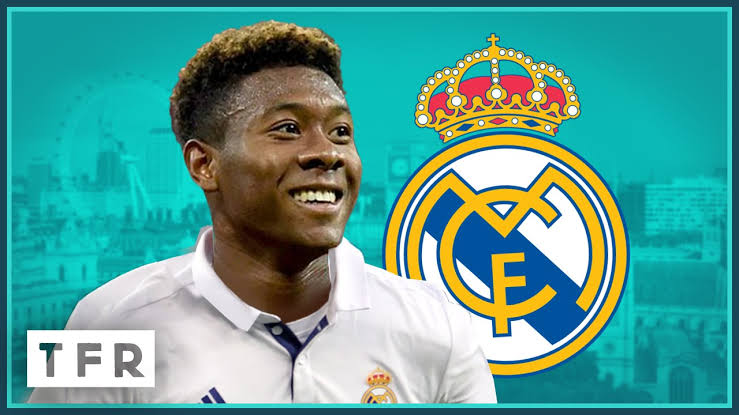 Alaba who has kept the left side position till date in the Bundesliga champions for many years has decided not to renew his contact and play elsewhere instead.

Real Madrid beat many suitors like Chelsea, Arsenal and PSG.

Alaba in his speech he was elated to sign for Real Madrid.

He is set to sign a four-year deal worth €10m, according to Marca ✍️ pic.twitter.com/iWmafFMUoq

Real Madrid have made a concrete offer of 10m€ a season for 4-years to David Alaba. The club is very close to signing the Austrian who's very excited to join Real Madrid. [@Marca] pic.twitter.com/F8WB1KWzcs

Related Topics:Done Deal: Real Madrid finally set to Land Bayern Munich and Austrian Defender in a 4years Contract.
Up Next

Christian Pulisic claims that Oliver Giroud is the best Finisher at Chelsea, See his tweets.