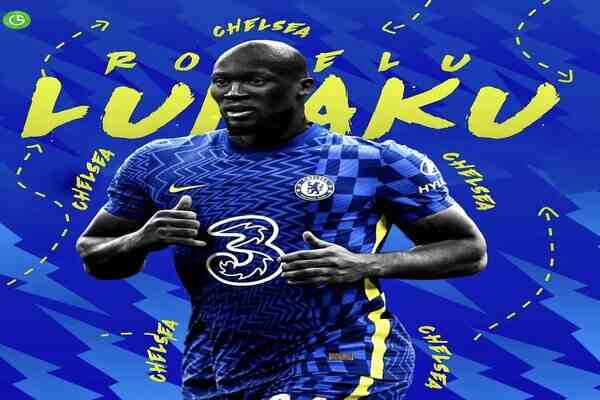 Chelsea has finalized the £98 million ($136 million) transfer of Romelu Lukaku from Inter, bringing the Belgian striker back to Stamford Bridge for the second time after two years in Serie A.

Lukaku, who played for the Blues between 2011 and 2014, has agreed to a five-year contract extension with the European champions, which would keep him in west London until 2026.

Inter were reluctant to part with a valued asset at first, but couldn’t afford to reject down Chelsea’s rich offer in the midst of the ongoing financial crisis, and the 28-year-old has now been officially presented at the club.

Lukaku said on the club’s official website, “I’m thrilled and privileged to be back at this amazing club.” “For me, it’s been a long journey: I came here as a kid with a lot to learn, and now I’m returning with a lot of knowledge and maturity.

“As you know, the bond I have with this club is really important to me. Chelsea has always been a favorite of mine since I was a youngster, and I continue to do so now.

Why did Chelsea target Lukaku?

Chelsea may have won the Champions League for the second time last season, as well as finishing fourth in the Premier League, but Jorginho was the league’s top scorer with seven goals.

Timo Werner struggled to live up to expectations after joining from RB Leipzig for £47.5 million last summer, netting just six Premier League goals in 35 games, while Tammy Abraham was a disappointment.

Lukaku will be expected to walk straight into Thomas Tuchel’s starting line-up after cementing his reputation as one of Europe’s most prolific forwards at San Siro. Giroud chose to join AC Milan in search of more regular minutes last month, leaving a spot open in Thomas Tuchel’s ranks for a new target man.

Just In: Romelu Lukaku ‘agrees five-year deal with the Blues.’