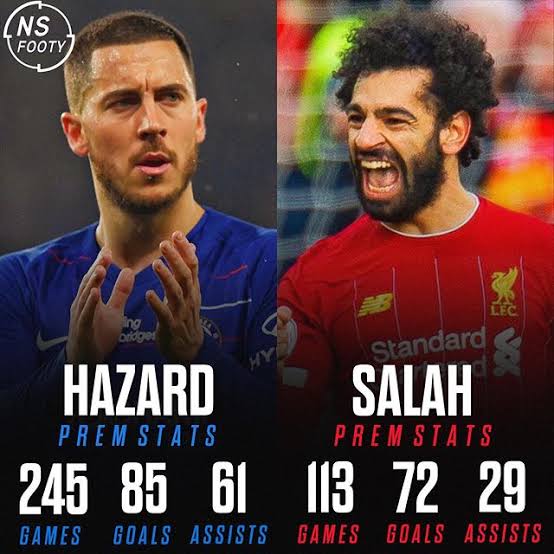 Who is the better Premiership player between Mohammed Salah and Eden Hazard?

I think Eden Hazard is a better Premiership player than Salah. Hazard singlehandedly carried Chelsea load on his soldier for Seven years and was successful.

Watch some of his clips while in Chelsea.

Now that he is Real Madrid player injuries has not allowed him to showcase his potentials since he joined the Satiago Benebao from Chelsea.

Some Chelsea fans has been clamouring for his Returns since he promised to retire his football carrier in Chelsea . That is another question for another day.

"He didn't train well, five minutes before the game he would be playing Mario Kart in the dressing room. He would warm-up without tying his bootlaces up."

Hazard has only played eight games in La Liga this year 😥https://t.co/TvIrEKKIwB

Related Topics:Do You Think Eden Hazard is a Better Premier League Player than Mohammed Salah? See What Fans Tweeted .
Up Next

See How Michael Owen Predicted a Score Draw Between Atletico Madrid and Chelsea..

Kepa Named Former Teammate, Eden Hazard The Most Fascinating Player Ever played with, As the Star think of Return to Chelsea.