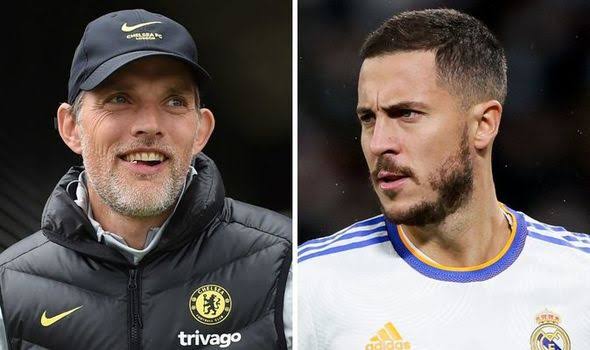 Eden Hazard was never going to be enough for Real Madrid. And perhaps he knew that deep down. After all, he did state at his unveiling in front of 50,000 supporters inside the Bernabeu: “I’m not a Galáctico, just a very good player.”

Yet signed from £130million from Chelsea in the summer of 2019 and handed the iconic No.7 shirt, Real expected a bonafide superstar. A player capable of carrying the side to glory in much the same fashion as the man Hazard was brought to the club to replace: Cristiano Ronaldo.

It’s hard to imagine two diametrically opposed footballers. Ronaldo is a brand in himself and possesses a win-at-all-costs mentality that has kept him atop the European game well into his thirties.

In contrast, Hazard, despite his undoubted brilliance, does not crave attention. He is a low-maintenance star, a player who has maintained an almost childlike enjoyment of football. He plays to win but also to have fun and entertain.

“It is not important how many goals I score,” he admitted in 2018. “You know me, I don’t care about that. I just want to enjoy my football, win games.”

Such a view could never be shared by Ronaldo or many others who have played for Madrid over the past two decades. Yet that is Hazard’s truth.

It’s why he enjoyed his time at Chelsea. There were never huge expectations placed upon Hazard at Stamford Bridge. He was simply allowed to be himself and that ensured he played key roles in two Premier League title wins, two Europa League triumphs, and further domestic success.

Things didn’t get off to the best start in Madrid for Hazard. He reportedly arrived overweight for pre-season training. There was an immediate uproar the likes of which he never experienced at Chelsea.

“I am surprised his weight is discussed,” former Blues teammate Cesc Fabregas told Marca that summer.

“It seems that people haven’t watched him during his seven years in the Premier League. Pre-seasons may be difficult for him and playing at Real Madrid is a big thing, but I have no doubts about him.”

Unfortunately, Fabregas’ prediction hasn’t come true. Hazard has struggled with his fitness at Real Madrid. Injury has followed injury and this season he has been pushed to the substitutes’ bench when fit by the form of Vinicius Junior.

“His problem right now is that he has a coach who prefers other players, which can happen in a squad like this one,” Real Madrid head coach Carlo Ancelotti admitted in October.

“The important thing is that he stays motivated and works hard so that he can play again, and he is doing that. His time will come. I’m convinced he’ll be back to his best at some point this season.”

That hasn’t proved the case. At the halfway mark in La Liga, Hazard has started just six games and completed 90 minutes on just one occasion.

It’s understood Real Madrid are willing to let Hazard – who celebrates his 31st birthday today – leave the Bernabeu this month and Newcastle United supposedly sounded out the Belgian over a move but were given short shrift.

There are two clubs Hazard is reportedly ready to join. One is Lille, the club at which he built his reputation as one of Europe’s most exciting players. The other is, unsurprisingly, Chelsea.

Many within the Blues fanbase would welcome Hazard back with open arms. Such sentiment is understandable given the joy he brought to so many and the success he enjoyed.

But the rather harsh reality is that the Blues have moved on under Thomas Tuchel and Hazard is certainly not worth a significant outlay at this point in his career.

His injuries are, of course, a key factor. Hazard has been absent for almost 400 days since he joined Real Madrid. In his seven years as a Chelsea player, he missed only 198 days despite playing in a far more physically demanding division.

Hazard would also be unlikely to thrive under Tuchel.

His talents with the ball are undeniable and he would almost certainly help Chelsea fashion chances, something they’ve struggled with this season. But the Belgian has never had the natural inclination to press opponents and at 30 years old, he would only find it harder to do so regularly than many of his younger, fresher, less battle-worn team-mates.

Hazard’s legacy at Stamford Bridge is cemented. And when he hangs up his boots, the Blues should welcome him back with open arms. That’s the time for a return. Not now.

Chelsea Fined Romelu Lukaku €500K After Apologising to the Club, Teammates and Fans.