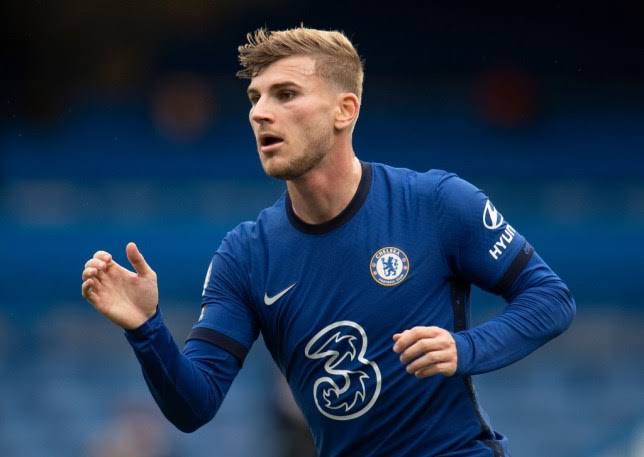 On their two consecutive defeats in the league so far this season, Chelsea fans have been highlighting some factors and reasons responsible for their unexpected defeats, especially to the teams that are less feared in the Premier League. The Blues earliest lose to Everton and Wolverhampton Wanderer in a space of 4 days.

One of the reasons stated earlier for their reduced performance is in their midfield position as many are blaming the former Bayer Leverkusen player, Kai Harvert complained of the 21-year old player being too soft on the pitch, not strong on the pitch and when holding ball which usually gives rooms for opponents player to regain ball possessions on the pitch.

Others have also complained of the Blues boss, Frank Lampard playing the German international, Timo Werner out of position as many thinks the former RB Leipzig forward player is best suited for the Central Midfield role but he keeps playing him on the wing position, resulting in his inability to convert most of the chances he sees from his fellow players. However, Lampard during a press conference today ahead of their league game against Westham on Monday has cleared the air on this as the England international did not see the position he plays Werner as the problem. He highlighted he is playing No.9 at his former club and he is usually playing on the side.

Related Topics:Do Agree That Timo Werner was Played Out of PositionThis is What Lampard Has to Say
Up Next

How Frank Lampard will See Out West Ham in the London derby.

Wilfred Ndidi Shows a Superlative Performance as He Returned From Injury.