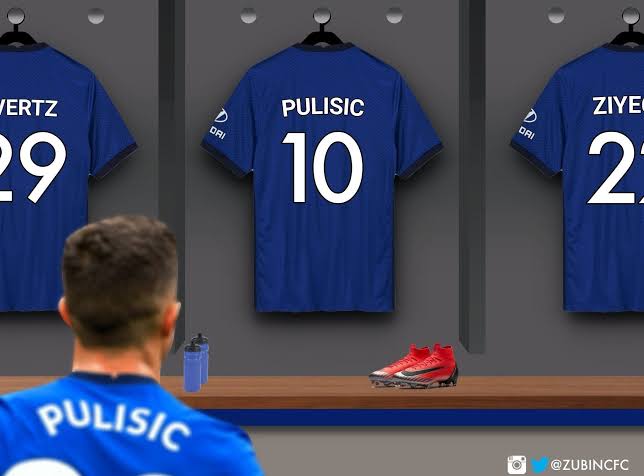 Chelsea wizard dribbling super Star and American winger, Christian Pulisic’s no.10 Jersey sales Ranked no 1 in English Premier league and No.2 in the World Christian Pullisic’s no 10 jersey has ranked the 2nd highest International player jersey Bought worldwide this year just behind Lionel Messi since the players move to Chelsea. Chelsea signed him from Borussia Dortmund last season and he produced double figures for goals and assists in his first season at the club. Pulisic has struggled a lot with consistent hamstring injuries since he arrived at Stamford Bridge, and though he seems to have settled in well at the club, the incessant injuries has hampered his growth and effectively reduced his possible end products. Chelsea coach Frank Lampard has revealed he and the medical staffs of the club are looking into a long term solution for the star player’s reoccurring injuries as he is a top player deeply missed anytime he’s absent from action.

Related Topics:Christian Pulisic's No. 10 Jersey Sales Ranked No. 1 in England and No. 2 in the World.
Up Next

Don’t Compare Thiago Silva with Maguire, Chelsea will Bounce back.

Never You Compare Jamie Vardy With Timo Werner, One is A Super Finisher.