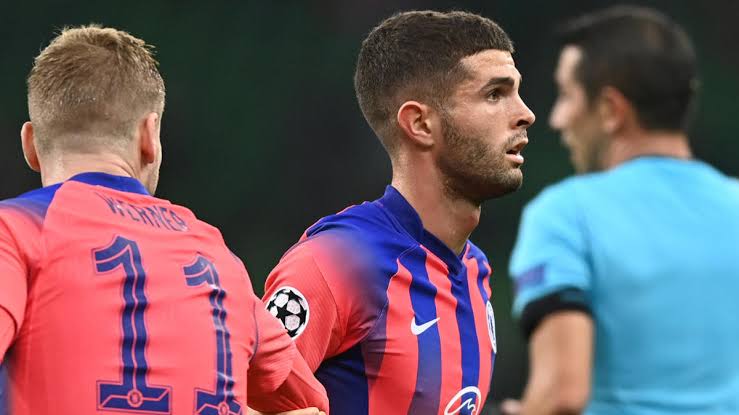 Chelsea will have their hands full Against Southampton in an Away game tomorrow as Christian Pulisic presence is a doubt for the Blues.

Christian Pulisic is a major doubt for #Chelsea to face Southampton after tightness in his calf. #CFC | @ChelseaFC https://t.co/JPWBL3Bk76

Southampton will entertain an in-form Chelsea in the Premier League on Saturday looking for a turnaround in fortunes after a torrid run of results.

The Saints have lost their last five games in the Premier League, and were beaten by Wolves in their last outing despite taking the lead.

Chelsea, on the other hand, are enjoying a good initial spell under new head coach Thomas Tuchel. The Blues have won their last five games under Tuchel in all competitions.

Chelsea have functioned well as a unit under Tuchel and will look to continue their dominant record against the Saints this Saturday.

Of the last six meetings between the two teams, Chelsea have lost just once, and have won three games. Two games have ended in stalemates.

Tuchel’s side will be the favorites heading into the encounter at St. Marys’, with their defence doing well and Timo Werner finally finding his goal-scoring touch. The hosts will be without Kyle Walker-Peters, who suffered an injury during last week’s clash against Wolves. Coach Ralph Hasenhuttl will also be missing Theo Walcott and Ibrahima Diallo.

Chelsea will be without Tammy Abraham, who picked up an ankle injury against Newcastle United in the previous outing.

Thiago Silva could be rested, with a Champions League tie awaiting next week. Kai Havertz will hope for some playing time, but he is more likely to come off the bench. The last time the two sides faced off, the game ended with a 3-3 scoreline. Chelsea under Tuchel have been pretty sturdy at the back, so we don’t expect them to be as open as the previous encounter.

Southampton have some firepower, and Chelsea will not have it all their way as Pulisic is a doubt for this match. We expect a narrow win for the Blues with both teams getting on the scoresheet.

Chelsea Top Four Prospect is at Risk as West Ham Win, See How the EPL Table Look Like.

Mbappe’s Flashback About Chelsea That Got Fans Surprised.