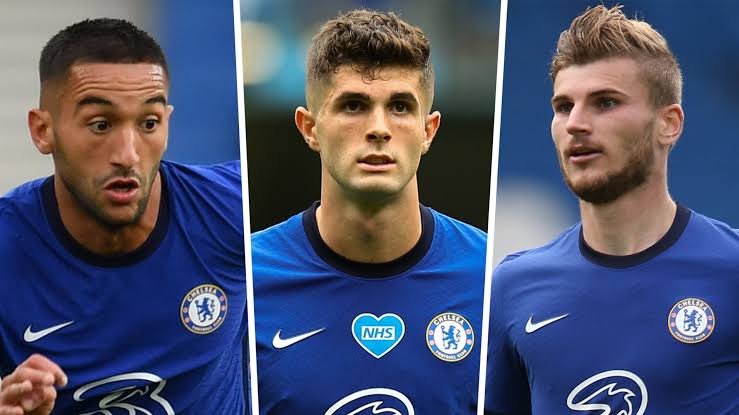 Chelsea need to get over today’s game with a convincing win over their visitor Manchester City . The game will take place at Stamford Bridge in London at 5:30.

Frank Lampard will be hoping his team bounce back to wining ways against the inform Pep Guardiola’s team. Manchester City have been Impressive in thier last Ten games in the English premier league.

Both teams will be hoping to catch up with the league leaders Liverpool and Manchester United because of the huge gap that seperates them.

According to news, Manchester city will be playing without some key players against Chelsea and that should be an advantage for Frank Lampard and his boys.

The Blues will welcome back Hakim Ziyech to the first eleven after the former Ajax player was pictured in training with the rest of the squad.

The Good news for Chelsea is that Manchester city will be without thier first team goal keeper because of Corona Virus.

Ederson confirmed his self isolation on Instagram after posting a picture and telling his fans that he is safe and sound.

Frank Lampard will be hoping to capitalize on his absence and name his strongest attack against Manchester City.

Possible Line Up Against Manchester City Edward Mendy will still maintain his position as the team number one goal Keeper. Mendy have not been convincing for couple of games now after Failing to keep a clean sheet against Aston Villa.

Thiago Silver and Kourt Zouma will be welcomed back to the starting line up while Captain Azpilicueta and Ben Chilwel will start from the full back.

Silver and Kourt Zouma were both dropped to the bench against Aston Villa after a low class Performance against Arsenal. Ngolo Kante and Kovacic is expected to start as the two blocking Midfielder while Mason Mount will start ahead of Kai Havertz behind the Striker. Frank Lampard’s major problem will be who to start as the top nine between Olivier Giroud, Tammy Abraham and Timo Werner.

Giroud looks like he is Chelsea’s best option right now because Timo Werner have failed to score in the last 10 games for Chelsea this season. Do you Prefer Giroud to start ahead of Timo Werner?

Like Loading...
Related Topics:Chelsea's Predicted Line Up Against Manchester City. Ziyech And Pulisic To Start
Up Next