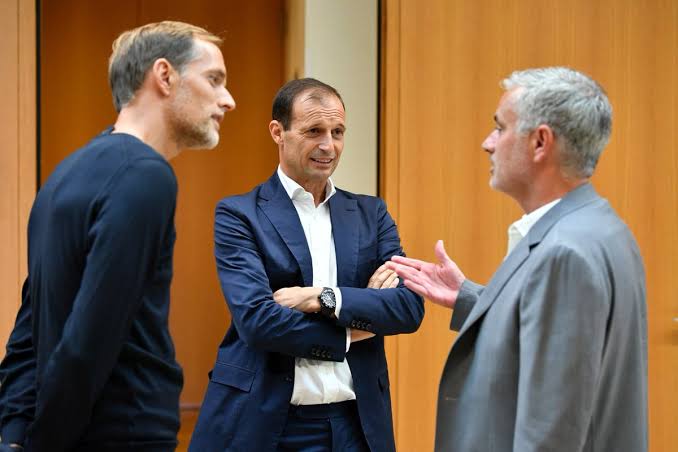 Chelsea ready to destroy Mourinho tactics as new method have been introduced in the training session to enable the Blues regain their position in the English premier league table.

Tottenham Hotspurs have now lost two consecutive games in the English premier league and playing against Chelsea will be an avenue to go back to the wining ways. Chelsea under the German international have been convincing with thier new Patten. The Blues dominated thier last two games and fans are beginning to enjoy it.

Thomas Thuchel will be having the world cup winner Ngolo Kante back to his starting line up after missing the first two games under the new manager.

The defensive Midfieder is one of the best in the world and according to the former PSG Manager, he tried to sign the talented player during his time at Paris Saint German. Chelsea will be hoping to make the Champions league spot and that can only be achieved of they are among the top four.

The Likes of Everton, West Ham United and Tottenham Hotspurs are currently leading Chelsea with less than 7 points and the top four spot can only be achieved of Chelsea win more games and avoid draw or loose. Thuchel welcomed back Marcos Alonso backed to the starting line up after been frozen out of the team since September by Chelsea former coach Frank Lampard.

The Spanish International sealed the victory for the the blues with a good brilliant effort that lead to the goal.

It will now be between the managers on who to start between Chelsea’s 50 million Pounds summer signing Ben Chilwel and the Spanish International. Chilwel was not convincing in his first match and was Substituted during the second half of the game.

Possible 3:4:3 line up against Tottenham Hotspurs Edouard Mendy will maintain the starting line up as usual. the Senegalese international is currently one of the best goal keeper in the premier league with his clean sheet record.

Mendy have kept two clean sheets under the new manager and he will be starting against Tottenham Hotspurs for the third time in his career at Chelsea.

Thiago Silver will definitely be the main man at the defence along Side Chelsea captain Azpilicueta and Anthonio Rudiger.

The Three players have proven they worth the starting line up ahead of others in the last two games and starting against Tottenham Hotspurs will not be a bad Selection from the Manager. Ngolo Kante and Kovacic will be starting as the two central Midfielders while Jorginho will be dropped to the bench.

Thomas Thuchel will have to work on his players in other to compete likes of Ndombele and Hojbjerg because of thier energy and strength.

Hoodson Odio and Marcos Alonso will maintain thier wing back Position. Odio is currently the engine room of Thomas Thuchel’s tactics and will be closely monitored by Jose Mournnho.

The England International have won two consecutive man of the match award under the new manager but playing Jose Mourinho will be another tough test for the young lad. Christian Pulisic might be having his first start under the manager that gave him his first Professional debut on Thursday.

Hakim and Timo Werner will join the US International in the attack while the likes of Mason Mount, Tammy Abraham, Olivier Giroud will be as a standby substitude. Do you think Mason Mount should start ahead of Hakim Ziyech, and Ben Chilwel ahead of Marcos Alonso?

After Man United Thrash Southampton 9:0, See How the EPL Table Look Like