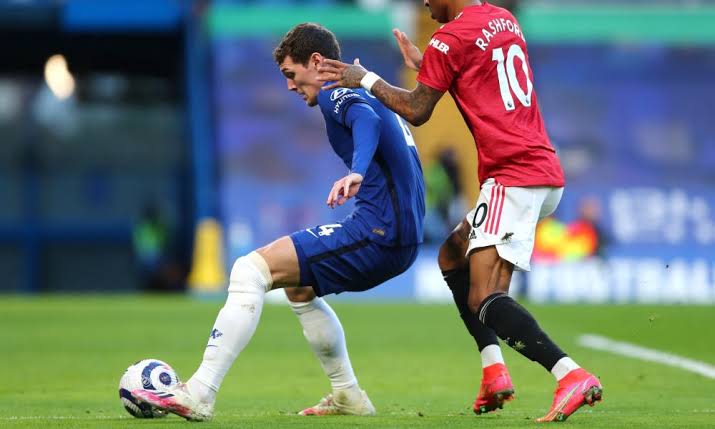 Chelsea managed to secure a draw against Manchester United in what could be considered a 50/50 game. The result was fair enough for both sides as they both looked threatening to score. Thomas Tuchel would be glad with the performance of his players especially his defenders.

Chelsea looked really balanced in defence and was never nervous at any point in the game. Great credit goes to Antonio Rudiger, Christensen, and Cesar Azpilicueta. Manchester United also have a player to thank for the result and it’s no other person than David De Gea.

The Spanish Goalkeeper managed to save Hakim Ziyech’s strike in the early stages of the second half. David De Gea has shown class is permanent as he still remains the first keeper of the team. Ole Solksjaer’s team have not lost any of their last 20 away games in the Premier League. Chelsea fans were quick to react to the performance of the team. According to them, Andres Christensen deserves the Man of the Match Award after his impressive display against United. Chelsea haven’t missed the absence of Thiago Silva and that’s due to the solidity of Christensen at the back for Chelsea. Check out the fans’ reaction in the pictures below: Like Loading...
Related Topics:Chelsea vs Man United: Fans React to This Player Performance as They Awarded him Man of the MatchSee Their Tweets.
Up Next

After Winning Man of the Match against Manchester United, See fans Reactions

After Yesterday”s Game, See How the EPL Table Look Like