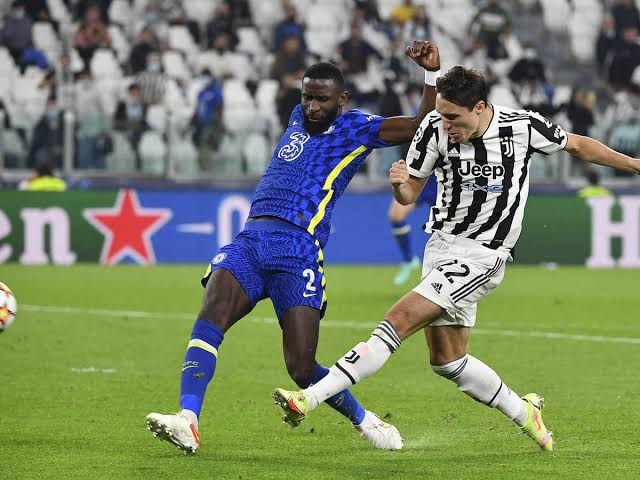 Chelsea are on a high following a comfortable win over Leicester City, but they cannot afford to lose concentration ahead of their match against Juventus.

In the Champions League, Chelsea takes on the Serie A side in midweek, and a win is required if the Blues are to finish first in their group. The London club are now in second place in Group H, three points behind leaders Juventus, so a 2-0 victory should be enough to propel them up the table. Juve may be suffering in Serie A, but in the UCL, they have won nine of their ten games. As a result, Tuchel’s team will have a difficult task on Tuesday. Tuchel may rotate his team in midweek if the Stamford Bridge manager is focused on their next Premier League match against Manchester United. While the normal starters are expected to participate, injury-prone individuals may be forced to start from the bench.

Trevoh Chalobah started in center defense against Leicester, but Azpilicueta is anticipated to come in for Juventus, with the rest of the backline remaining same.

On Saturday, Jorginho was taken off in the second half, prompting worries of an injury, which would have been particularly devastating news given Mateo Kovacic’s absence.

Fortunately, the manager stated that it was just a cramp, and the Italian would be ready to play in midweek. Jorginho will continue to play with N’Golo Kante in defensive midfield. Mason Mount had a mediocre weekend, although it might be due to the fact that he was returning off a hiatus. The England international must keep his position in the starting lineup. Timo Werner was given a brief look against the Foxes, but the attacker is expected to replace Hudson-Odoi in the starting lineup on Tuesday night. Apart from Kovacic, Romelu Lukaku is also a doubt, but unlike Mateo, the Belgian international’s status remains uncertain. Chelsea manager has confessed that Saturday’s game came too soon for him, but he believes he can return in midweek. If Lukaku is fit enough to start, Kai Havertz will be forced to make way for the summer signing. Chelsea predicted line up vs Juventus: How Chelsea Will Play United at Stamford Bridge.