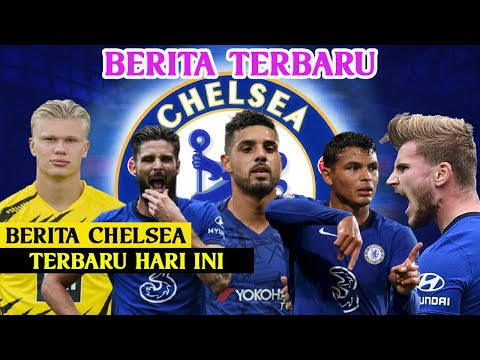 Borrusia Dortmund sensational striker have been consistently linked with Chelsea from the tail end of last year.The Norwagian joined the Bundesliga side last season after his exploit in the Austria league with Salzburg. Ever since then he has continued to hit new heights and standards each time he steps on top the pitch and just like Christian Pulisic, Chelsea are very much in the running for his signature according to transfer rumor mill. Chelsea have Made him one of their top transfer targets after finding out about a £60million release clause that can be triggered from 2022 January.

With an abundance of striker talents at the bridge, Halaand will very much compliment the squad and take them to an even greater height. Will you like to see Halaand in a blue shirt? (Photo editing)

Eden hazard alongside his teammates have landed in Malaga ahead of their superCOPA semi-final clash with Atletic Bibao on the 14th of January 2021,

Real Madrid played out a goalless draw at the weekend away at Osasuna and will be aware of the threat posed by this stubborn Atletic Bibao side.

Eden Hazard started the weekend game and was substituted in the second half as he continued to build his match fitness. Madrid Boys are in town

Finally, Chelsea left full back Emerson Palmieri is a wanted man, the attacking left back almost left the club at the summer after the acquisition of Ben chilwell.

Now the Italian seem no longer content as club number two left back and is desperate for a first team football. Emerson have been linked with Napoli

He has been linked now with Napoli and the Naples are hoping a deal could materialize soonest. Emerson have been a back up defender so far

Related Topics:Chelsea transfer Live: Chelsea to Trigger the Release of Halaand to Stamford Bridge and Emerson Palmieri is set to Leave.
Up Next

African Best Eleven for 2021 Released by the Global Soccer as Two Chelsea Stars made the List.