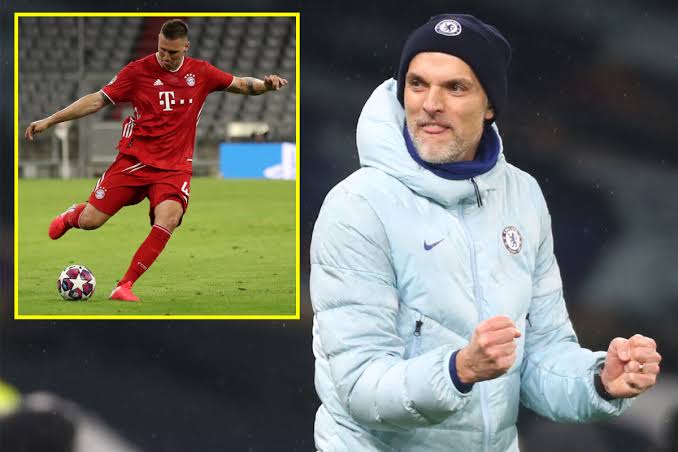 The German manager took over at Chelsea from Frank Lampard last month. He is unbeaten as Blues boss and has led the club back into the top four.

Despite the season being far from done, it would appear that Tuchel is already planning his summer moves. High on his wishlist is the Bayern defender who is a force to reckon with.

The 25-year-old is one of the best players at Bayern and is their defensive rock at the back. With Jerome Boateng not getting any younger, Sule can be considered the future of the Die Roten rearguard.

A towering presence at the back, Sule is also an incredible athlete with pace to burn. An all-rounder, it is clear to see why Tuchel wants him at Stamford Bridge.

The Blues backline has improved but still has some ways to go before being called formidable. There are few better players than Sule to do just that.

The German international for his part is settled in Munich and shares a good relationship with Hansi Flick. With Bayern looking set to add to last season’s heroics, there is little reason for him to leave.

Sule has made 24 appearances for the Bundesliga giants this season, scoring two goals. His ability to offer a threat on set -pieces adds to his value.

With David Alaba on his way out and Jerome Boateng also out of contract next summer, Bayern face a summer of rebuild.

Having already signed Dayot Upamecano, it makes little sense for them to sell Sule. The duo together is a frightening pairing on paper.

Whether a breakthrough can be achieved remains to be seen. Securing Sule would be nothing short of a coup for Chelsea.

Mbappe’s Flashback About Chelsea That Got Fans Surprised.

Good News as Chelsea new Signing, Hakim Ziyech may Stay at the Bridge.