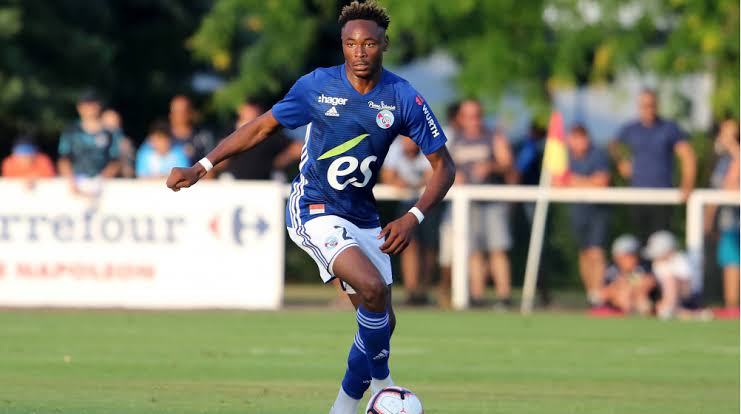 Chelsea will need to fork out around €20million to land Mohamed SimakanGianluca di Marzio has revealed what it would take for Chelsea to sign Mohamed Simakan.

The 20-year-old has been an ever-present for Strasbourg this season. He could be on the move this month with the Blues keeping a keen eye on proceedings.

Simakan was offered to Chelsea last summer. However, he stayed put in Ligue 1. The youngster’s situation has also drawn attention from RB Leipzig and AC Milan.

The defender is currently in talks with Leipzig and Milan. The latter had an €18m offer rejected by Strasbourg. It included an initial €15m with €3m in bonuses. It is believed that an €18m bid plus €2m in bonuses would be enough.

Strasbourg are ready to sell the player given the fall out of the financial crisis brought upon by COVID-19. With the Blues keen to bring in a defender, Simakan is a promising prospect available at a decent price.

With the likes of Thiago Silva not getting any younger, the Blues will need to bring in another defender sooner than later.

With the futures of Andreas Christensen, Antonio Rudiger, and Fikayo Tomori all far from certain, an overhaul of the backline could be in order in the coming windows.

The French top flight has been a favoured source of recruitment for the club’s defensive stars last summer. The likes of Thiago Silva, Edouard Mendy, and Malang Sarr all arrived at the Bridge from across the channel.

Whether Simakan will join them or not remains to be seen.

Related Topics:Chelsea Transfer Latest: The Blues to Pay €20M to Land This Ever Present Defender in Strasbourg.
Up Next

Chelsea Live: Lampard reportedly clashes with the Chelsea Board Over Players Transfer