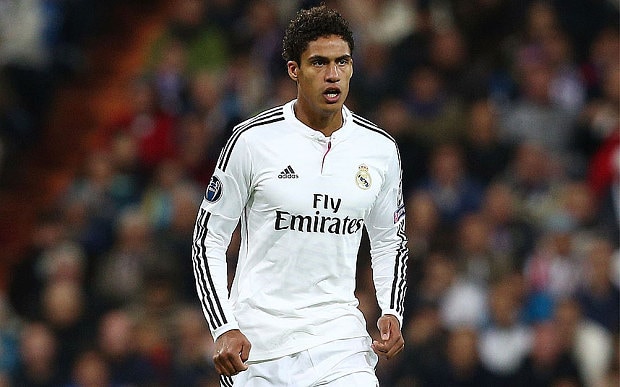 Chelsea manager Frank Lampard is desperate to sign more quality players to the club this January, as he’s eager to build a stronger and competitive squad that will enable him perform better in the premier league and champions league.

The former Chelsea superstar who played for the west London club for a period of 13 years before becoming the Blues coach, look ready to bring more quality players to the team after spending massively during the last summer window.

Despite bringing in some prolific superstars during last summer window, Lampard is currently under pressure to perform better as he continue to struggle in the premier league. However, it has been reported that Chelsea manager Frank Lampard has identify Real Madrid star Raphael Varane, as a possible target that will bolster the backline activities ahead of next season. The 27-years-old France international who joined the LA Liga giant back in July 1, 2011 from Lens, has proven himself as one of the best center-back in LA Liga since he nail down his starting IX spot at the club.

Report from Spanish outlet Don Balon, has made clear that the west London club manager is keen to bring the experience defender to the premier league this January.

The west London club had the worst defensive record last season among the club in the mid table. However, recent performance has shown that the Englishman still have work to do in the backline if he’s keen on making the top 4 position this season. No doubt, Thaigo Silva has been a reliable player for Lampard but the 36-years-old Brazilian star will definitely make way for younger player or move to a lower league in few seasons to come.

If the 27-years-old France international is available for sale this January, Frank Lampard will definitely make a move for him as his contract with the LA Liga giant will expire next year. Real Madrid don’t seems to have interest to offer a new contract to the defender who has been a regular player at the club.

Raphael may improve more under the Englishman if he makes his way to premier league this January. With Lampard having weak defense since his arrival at the west London club, No doubt, he will be useful and helpful to the west London club as he has experience in playing with elite football clubs.