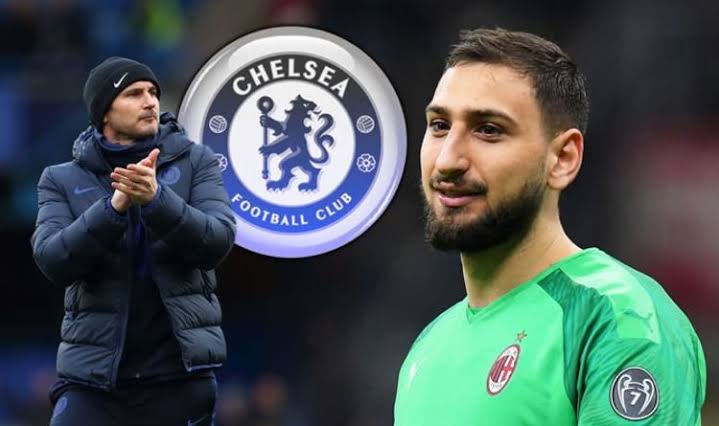 The January transfer window has officially opened and Frank Lampard will be looking to strengthen his squad once more.

Fresh reports are claiming that Chelsea have begin talks in a bid to sign £60million rated Italian for free.

It was no secret that the Blues were looking for a long-term replacement for Kepa Arrizabalaga last summer with AC Milan goalkeeper Gianluigi Donnarumma been lined up as a target before they opted to secure the signing of Edouard Mendy. But Chelsea’s interests has remained in the Italian this season, as there’re rumors about the goalkeeper’s future at the club, and the fact that he hasn’t agreed on a new contract to extend his stay with the Serie A giants.

And according to the Daily Mail, Chelsea have opened talks with Donnarumma about a possible move to Stamford Bridge, with his current contract set to expire by the end of season. For the fact that the 21-year old goalkeeper hasn’t agreed a new deal with AC Milan means there’s a clear chance for Chelsea to get a deal done.