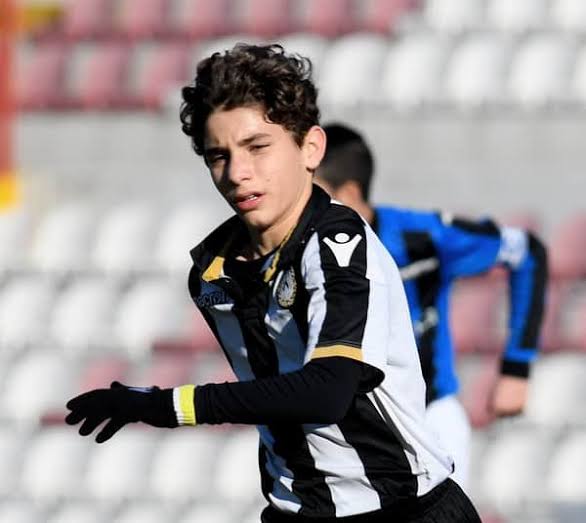 Chelsea have set their eyes on Udinese youngster Simone Pafundi who has been compared to Argentine superstar Lionel Messi. According to report from a reliable sport media in Italy, Simone who plays for the Italian clubs primavera team has attracted the interest of the premier league giant. The report claims that scout from the blues have most recently arrived in Italy to watch the rising star in action. Nevertheless, it won’t be an easy task to sign him as he is highly valued by his parent club and is only concentrating on helping the team to the primavera A1 at the moment. The report claims the blues have been watching the youngster with careful “attention” with the hopes of snapping him up in due time.

Simone who has been likened to Messi due to his subtle touch and left foot just like that of the former Barcelona legend has really caught the eyes of some European heavyweights who will be very Keen to add him to their ranks and let him mature further.

Like Loading...
Related Topics:Chelsea Transfer Latest: Chelsea To Break Bank For A Rising Argentine Upcoming Starwho is a Replica of Lionel Messi.
Up Next

Why Chelsea Should Sanction the Return of Garden of Eden Hazard. Find out The Reasons.