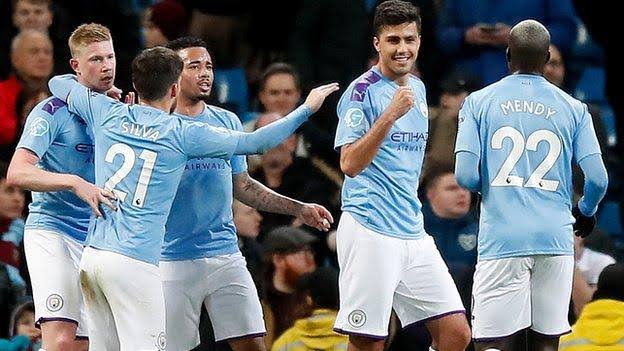 The first match that was played in the premier league competition yesterday was between West Ham and Tottenham Hotspur. West Ham United who has been on top form in recent weeks, hosted and defeated Jose Mourinho Tottenham Hotspur by 2 goals to one, all thanks to Jesse Lingard who created several chances in the game and as well scored the winning goal for West Ham. Moments after West Ham United defeated tottenham hotspur, Aston Villa then hosted Leicester City at home. Leicester City took care of the game at half time, after James Madison gave them an early lead in the first half of the game. Aston Villa on the other hand, tried their best in securing a point from the game, but their efforts was to no avail as Leicester City comfortably defeated them by 2 goals to one. After Leicester City defeated Aston Villa 2:1, Manchester City then travelled to the Emirates stadium and defeated Arsenal by one goal to nothing. Lastly, Manchester United then welcomed Newcastle United at old Trafford in the last fixture of the premier league competition yesterday. Newcastle United played brilliantly in the game, but were however defeated by 3 goals to one all thanks to Bruno Fernandes and Marcus Rashford. What do you have to say about this? Do you think Manchester United can still win the premier league title this season? Kindly share your opinion in the comments section below.

Related Topics:Chelsea Top Four Prospect is at Risk as West Ham WinSee How the EPL Table Look Like.
Up Next