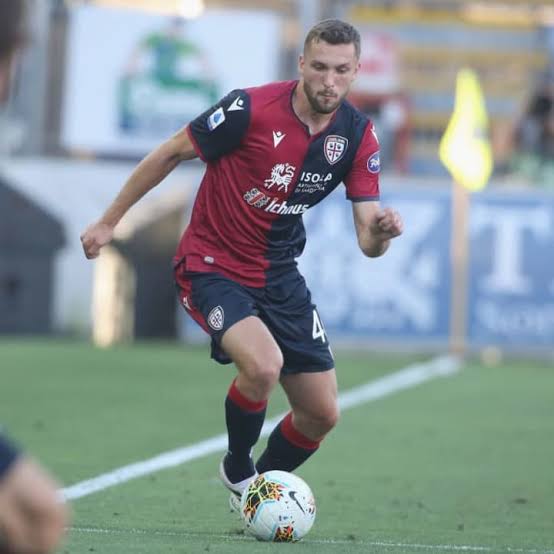 Chelsea have spent more than £220m this season for the recruitment of  better legs in the transfer market. They have also ready to strengthen the defence in the summer.

Italian outlet Corriere Dello Sport  has named Chelsea as one of the clubs that are interested in signing Polish centre-back Sebastian Walukiewicz.

The 20-year-old Walukiewicz plies his trade in the Serie A with Cagliari where he plays as a central defender.

He has started in 11 games this season and has played 90 minutes in all but one of those matches for the Italian side. 10 of those 11 starts have been in the Serie A where his team sit 11th in the table.

Chelsea are rumoured to be in for a replacement for veteran Thiago Silva, who is nearing the end of his footballing career as a player at the age of 36.

Chelsea signed Silva from Paris Saint-Germain last summer on a free transfer and the Brazilian has been dominant at the back for Lampard’s Chelsea, helping them keep 6 clean sheets in this 10 games he has played in this season.

However, Chelsea are now eyeing a long-term replacement for the ex-AC Milan centre-back and are in the market for Walukiewicz, who is said to be valued at around £54m.

Chelsea are also not the only Premier League club interested in him. Liverpool and Manchester United are also said to be in for the highly-rated defender.

Antonio Conte’s Inter Milan are also one of the teams who are after the signature of the 20-year-old who has already made three senior appearances for the Polish national team.

The Blues have a strong backline for now but with Thiago Silva ageing and Antonio Rudiger’s Chelsea future hanging by a thread, the club’s interest in a talented player like Walukiewicz makes sense