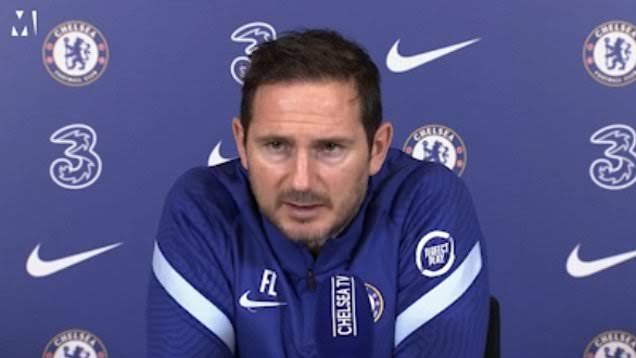 Chelsea will be going to West London to face their neighbors on Saturday, after having extra days to prepare for the match ahead of their opponent that played on Wednesday 13 of January 2021.

Chelsea manager has found himself in a very dangerous position after overseeing some poor recent form at the club. Lampard is in a hot sit after his Chelsea side slip down to ninth in the premier league table, and after so many expectations from the team, which made some people to pick them as the favorite to lift the title after a £240 million summer transfer. Ahead of their match against Fulham Chelsea boss Lampard, has no fresh injury going into the game. The match was scheduled to be played today been Friday 15 Jan,but due to Fulham match against Tottenham in midweek, the match was rescheduled on Saturday 16 Jan. Reece James: earlier this week was a major doubt because of injury, but Lampard confirmed on Thursday that he will be in contention to start the match.

Christensen In the other hand, is also in contention, following two weeks absence from the team. But I think Silva and Zouma will start ahead of him.

Kante was not among the squad that played against Morecambe in the FA cup last Sunday, following an hamstring injury he got against man city. But Lampard revealed that he is back from injury but will not play the match, because the midfielder was suspended.

Which means he will be available to face Leicester city in our next match. All other members of the club are fit to play the match and i wish them all the luck.

Related Topics:Chelsea to Face Fulham in an Away Match after a Disappointing Performance.
Up Next

Didier Drogba Breaks up With Wife After 20 years of Marriage