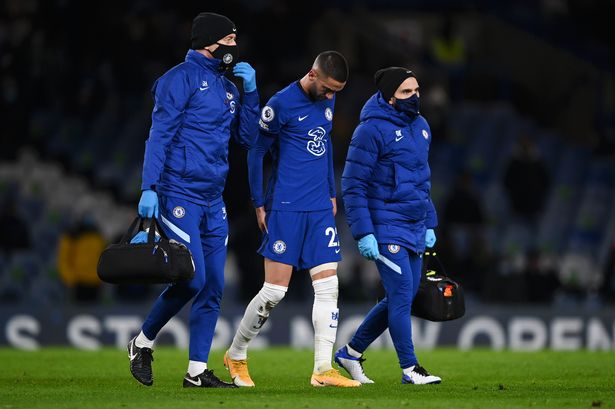 Chelsea football club have lost yet another player to injury and this could see them play some of their upcoming matches without the star man. Moroccan international, Hakim Ziyech limped off with a hamstring injury for the blues against Leeds United after being instrumental in Olivia Giroud’s equalizer. This is a bad news for Chelsea ahead of their upcoming matches including the one that will take place this coming mid-week against Krasnodar football club.

The return date of the young star have not yet been known, but a hamstring injury could take him some time before he is able to recover. Chelsea might have already qualified for the knockout stages of the champions league competition, making the match against Krasnodar football club look less crucial, but the absence of Hakim Ziyech will definitely be felt in the matches he will miss for Frank Lampard’s Chelsea football club.

Meanwhile, who will you name as the perfect replacement for Hakim Ziyech? Comment your answers and also hit the ‘follow’ button for more football updates. Like Loading...
Related Topics:Chelsea sets to lose an important player to injury for two weeks
Up Next

Another Chelsea Star injured in Training, See Who the Player .