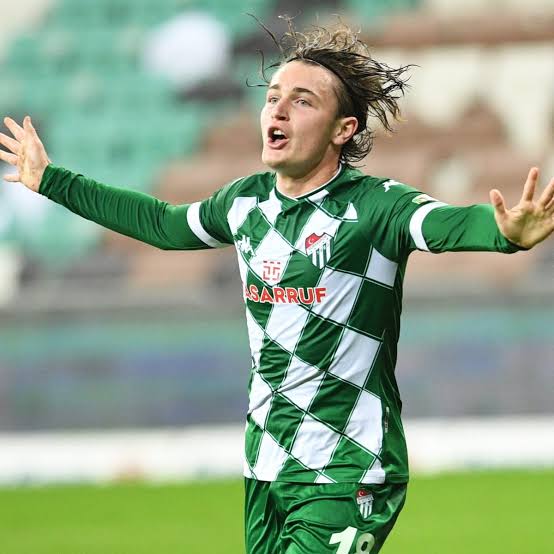 Chelsea go head to head with Fulham as the blues look to get back to winning ways in the Premier league following their dissapointing 3-1 defeat to Manchester city last week. Frank Lampard’s men are in dire need of a win to boost their confidence to achieving greater heights this season. And with German duo Kai Havertz and Timo Werner now back to goalscoring form,they could prove a hard but to crack at the craven cottage.

Meanwhile,with the January transfer market still open,Chelsea are interested in strengthening their squad ahead of the second half of the season,despite spending over £200m in the summer. And according to reports,Chelsea are amongst a number of clubs keeping tabs on the progress of highly-rated Bursaspor striker Ali Akman. According to the Daily Mail, Chelsea, alongside Arsenal, are keen on exploring the prospect of securing his signature.

The striker only has six months remaining on his contract at Bursaspor and is showing no signs of committing his future to the club. Ali Akman is known as a prolific striker and would fit the bill perfectly in England,with Chelsea and Arsenal interested.

Related Topics:Chelsea Set To Sign Turkish Goal King
Up Next

After Manchester City Game Today Premier League, This is How the EPL Table Look like.

Latest Transfer: Chelsea on the verge of losing one of the young prospect as Bayern Munich ready to finalize move.