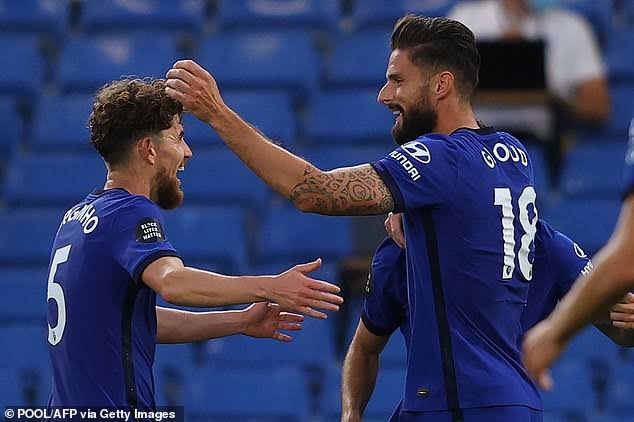 Chelsea Striker, Oliver Giroud has scored 89 Goals in the premier league out of which 32 goals have been header.

He is now the best header in the Premiership since joining in 2012.

Olivier Giroud has scored more headed goals than any other player in the Premier League since his debut in 2012 after nodding home his 31st against Norwich on Tuesday.

Giroud netted a diving header against relegated Norwich to give Chelsea a crucial three points in their bid to secure a top-four finish this season.

He has scored six goals and has started 10 times for Frank Lampard’s side in the Premier League this season – providing important goals against Aston Villa, Watford, Crystal Palace and now the Canaries since the Premier League restart.

Today Chelsea will slug it out with Manchester City at Stanford bridge in London and Oliver Giroud will carefully increase his goals tally to 90 and above .

No other players have scored with the head more than Oliver Giroud in the competition.

The Frenchman has scored more headed goals in the competition than any other player since his debut in August 2012 ⚽️#CHEMCI pic.twitter.com/dqXsB4mNlv

Related Topics:Chelsea Prolific StrikerOliver Giroud Remain the Most Headers of Goals in Premiership Since 2012.
Up Next