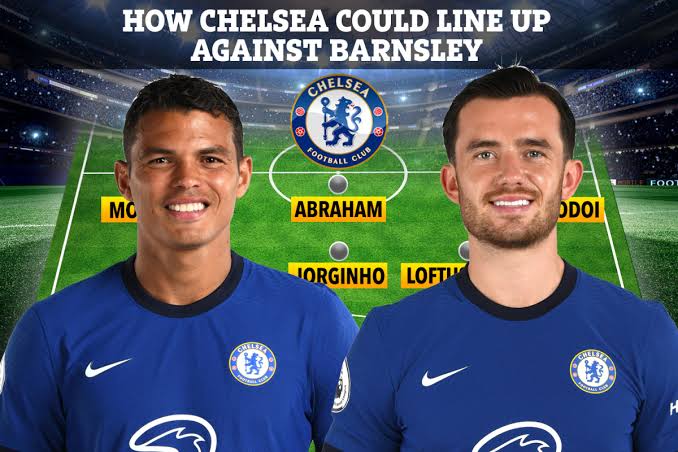 The FA Cup games are matches that gives fringe players or academy youngster an opportunity to show they are willing to return to the first team on a regular basis.

So ahead of Chelsea FA Cup tie with Barnsley later today we are carefully predicting the starting lineup.

In goal we bring in the Spaniard Kepa Arizabalaga back as always into our cup lineup, with his number one spot taken over by Edouard Mendy, the FA Cup is now the only way Kepa can prove he deserves another chance as the first choice.

The coach in his press conferences asked Kepa to prove his worth and get back to the first team, Tuchel added this when addressing the isssue,

“Absolutely, absolutely [Kepa can kickstart Chelsea career]. He will play tomorrow; he will start tomorrow. From outside, we had a view on his situation and saw some difficulties on the sporting side.” In the defense we went against Tuchel’s formation of 343 and rather we focus on a 433 formation,

So in defense, we welcome Kurt Zouma back and comfortably pair him alongside Andrea Christensen.

While the left and right back position is occupied by Reece James and Ben Chilwell.

We had Emerson Palmieri at heart but we are not quite sure how much the new coach Thomas Tuchel rates him.

So we Move over the middle of the pitch and there will certainly Unless otherwise a first start for Ngolo Kante, then we hope Billy Gilmour gets his chance alongside Kai Havertz. Ngolo Kante will return to first eleven to night

Finally in attack, we are going for the deadly combination of Hakim Ziyach, Christian Pulisic and Tammy Abraham to lead the line.

An attack strong enough to win an European game. What do you think about our predicted line up?

Chelsea’s remaining EPL Fixtures This Season, How Many Matches Would They Win?