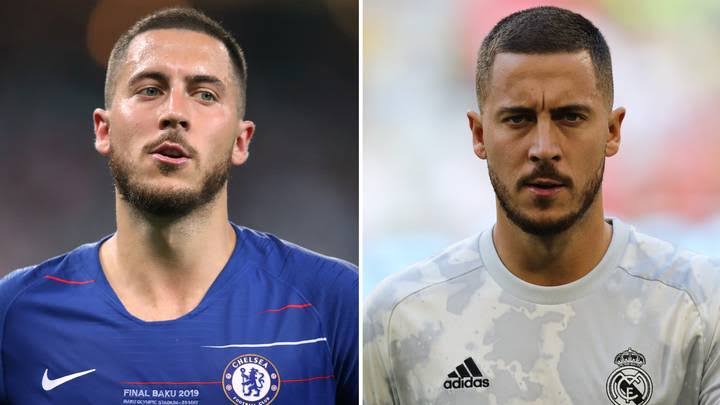 Hazard’s injury woes were summed up in Belgium’s Nations League semi-final defeat to eventual champions France as he sustained another hamstring injury which has put him in doubt for the upcoming El Clasico.

Regardless of whether or not the illustrious winger plays in that contest, it seems that his mind is made up on his future with reports in Spain indicating that his time in the famous white of Real Madrid could be coming to an end.

Spanish outlet El Nacional has reported that the Blues are reportedly in early informal talks with Real Madrid to re-sign Hazard, and owner Roman Abramovich is ‘increasingly convinced that the 30-year old will be one of the best in the world again if he returned to Stamford Bridge.

His injury record suggests otherwise, however, with the 350 appearance maker in the blue of Chelsea missing a shocking 57 games so far for the Madrid-based side.

One person who would be a fan of this signing would be manager Thomas Tuchel, who has let his stance be known on the Belgian international in a previous interview.

“He is a top quality player and a key player for many years at this club and this league, the hardest in the world,” Tuchel said on Hazard before the semi-final clash between Chelsea and Real Madrid last season in the Champions League.

“So consistent. I have the biggest respect for him. He is a big player, we have many people here who know him well.

“He was a key player for this club now he plays for Real Madrid.”

Gary Neville, like Tuchel, is also a massive fan of Hazard and said it’s like “poetry” watching the Real Madrid man at his best.

“For purity, and pure football, when you’re five, six, seven years old, he is the best player to watch along with David Silva. It’s like poetry,” Neville said in April 2019 on Sky Sports.

“The way they carry themselves on and off the pitch, it’s an absolute joy.

“For me, them two [Hazard and Silva], I can’t separate them but it’s a joy to watch them both.”

Despite the romanticism that currently exists between the player and supporters himself, it would be a huge risk to bring the once PFA Players’ Player of the Year back to west London when there are more affordable and reliable options out there in the Premier League itself including the likes of Allan Saint-Maximin and Raphinha who are both less injury-prone

Chelsea Transfer Latest: Chelsea To Break Bank For A Rising Argentine Upcoming Star, who is a Replica of Lionel Messi.