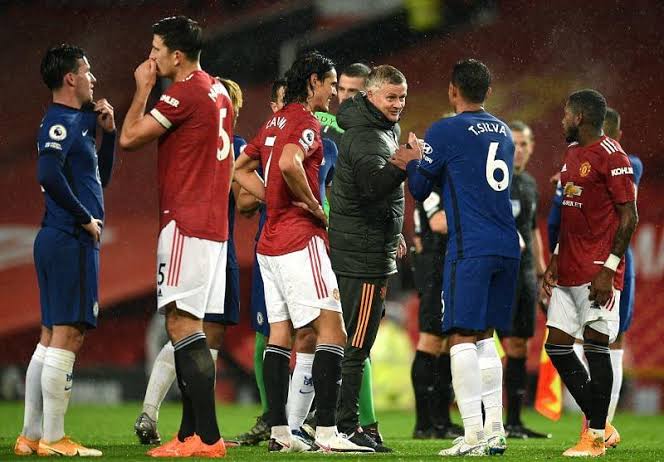 Chelsea FC returned to Premier League action with a tough home clash against their bitter rival, Manchester United on Friday afternoon. The blues are in good form in the league after defeating two title rivals in a row. Chelsea defeated Leceister City 2-1, Tottenham 3-2 and now thrashed Manchester United 6-1 to climb on top of the league. Chelsea vs Manchester United clash are always tough and entertaining game but the Blues made it a one sided encounter this time, brutally dispatching and humiliating their rival in a one direction game. The blues emerges 6-1 victorious at home to climb up on the League table and are favourite to win the league title this season. It hasn’t been long when they launched the Premier League 2 to allow clubs to integrate their develop squad (mostly under 23) into a competitive fixture. The likes of Billy Gilmour, Danny Drinkwater and Petr Cech have all played for Chelsea under 23 team this season. A fast and entertaining first half play saw Chelsea completely dominated the game. It didn’t take Chelsea long to score their first goal as the blues scored two early goals in the game. it ended 6-1 with Chelsea taking all the three points from the game to go on top of the league. What do you think of Chelsea’s U23 Team, will they still win the league? After Liverpool wipe Crystal Palace See How the EPL Table Look Like.