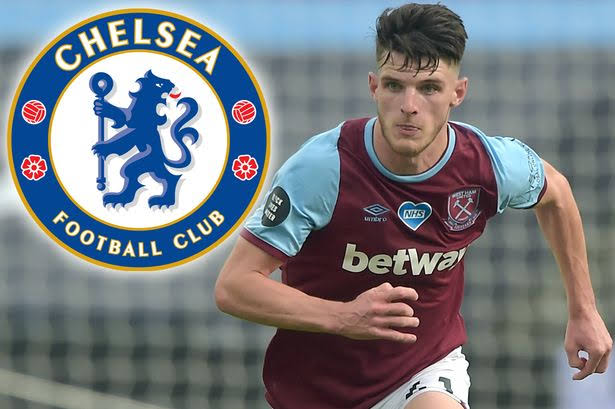 Chelsea Head Coach, Frank Lampard had a huge clash with the Chelsea board over signing West Ham Midfielder Declan Rice. Chelsea have been strongly linked to signing the 21-year-old England International since the last summer transfer window. Reports say that Chelsea board are no longer interested in signing the English Midfielder, but Frank Lampard urgently needs a defensive midfielder. Declan Rice has played for Chelsea Youth Academy before securing a move to West ham. It may seem like Lampard wants him by all means. Lampard is a huge fan of the 21-year-old and can’t take a no from the Chelsea board regarding his transfer to Stamford bridge. A recent Question and Answer amongst the Chelsea board indicated that the board are not quite sure whether Declan rice has the quality to help Chelsea in the champions league this season. Chelsea have lost 4 out of their last 7 matches and Lampard continues to remain under huge pressure from the Chelsea board.

Like Loading...
Related Topics:Chelsea Live: Lampard reportedly clashes with the Chelsea Board Over Players Transfer
Up Next

Chelsea Transfer Live: The Blues Board Could Announce the Signing of 21-year-old Highly Rated Star in Couple of Daysays

Chelsea Transfer Latest: The Blues to Pay €20M to Land This Ever Present Defender in Strasbourg.