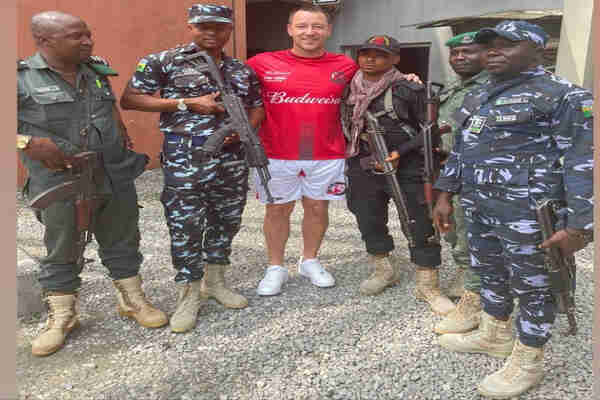 This is during his visit to Nigeria two days ago, where he met with top Nigerian football officials. He was received by the former Big Brother Naija housemate, Ozo.

This will actually be something beneficial for the Nigerian expert football association players as they will get an opportunity to rub their shoulders against some top football stars. John Terry is now an English professional football coach, he is a former player who played as a centre-back. He was previously the captain of Chelsea, the England national team. He is considered to be one of the greatest central defenders of his generation, as well as one of the best English and Premier League defenders ever.