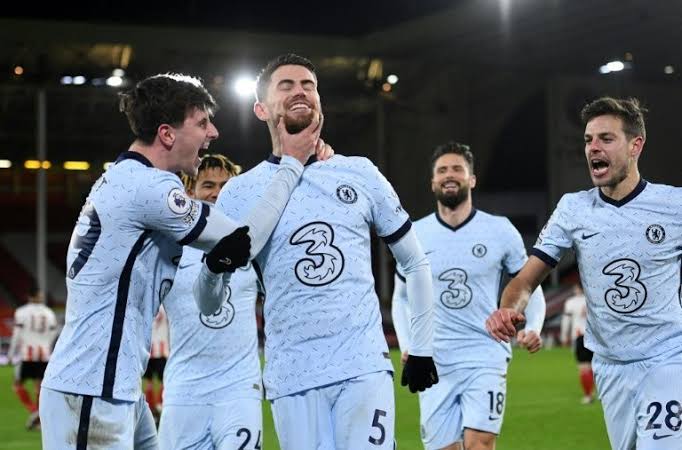 England youngster Mason Mount has reacted after netting a goal in Chelsea football club of England’s 2-1 victory over Chris Wilder led Sheffield United at Bramall Lane Stadium on Sunday night, to move to the 5th spot in the English Premier League table. The Chelsea Academy product delivered an outstanding performance for Thomas Tuchel led Blues in the deserved victory, and he was able to marked his excellent performance with a fine goal in the first half of the game.

Mason Mount started in Chelsea’s Midfield alongside Croatian star Mateo Kovacic and Italian star Jorginho, and they were all fantastic for the Blues, as they won to continue their impressive run of form under new coach Thomas Tuchel.

A first half goal from Mason Mount and a second half penalty from Jorginho were enough to give the Blues the deserved victory, despite the fact that Antonio Ruediger mistakenly scored an own goal, as the match ended 2-1. Reacting after netting a goal to inspire Chelsea FC to a victory, Mason Mount posted on his verified Instagram handle that; Reacting to Mason Mount’s statement, John Terry, Ben Chilwell, Tammy Abraham, and fans reacted by commenting to praise the Englishman for his outstanding performance for the Blues. Related Topics:Chelsea LegendJohn Terry has reacted to Mason Mount Performance against Sheffield United.
Up Next