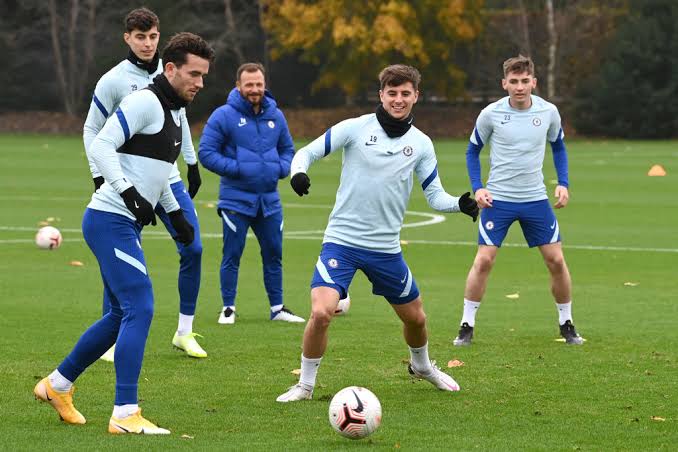 Other than looking elsewhere for regular football, they would try to take their chances in the team to start afresh under the new manager, and see if they could get into the first team.

Thomas Tuchel is still yet to get his best Chelsea starting eleven, and it could take a couple of matches to know his best eleven, but some players would still have to leave the club before the end of this transfer window on Sunday.

So in this article, we will be looking at the two Chelsea players that could still leave the club before the Sunday transfer deadline day.

Gilmour has been praised by Thomas Tuchel, about his work rate in training, his passes and technical abilities on the ball, but doesn’t think he has enough physicality yet, since he returned back from his lengthy injury. The young midfied maestro may have to leave the club on loan before the winter transfer deadline day on Sunday, so as to get more match time and first team experience, with several Premier League clubs after the signature of the Scottish international.

Billy Gilmour is a player for the future and has great potential to become one of the best midfieders in the near future.

Although Marcos Alonso made the bench in the Chelsea last game against Wolves, but Chelsea have three left backs this season, and would want to reduce their wage bill by letting one leave the club this January. Marcos Alonso is the likely full back to leave in this window, with Atletico Madrid reportedly willing to sign the Spanish full back on loan before the deadline on sunday.

Which other Chelsea player do you think could leave the club before the Sunday deadline day?

Eden Hazard Promises to Replicate His Performance in Chelsea at Madrid and Later Return as a Legend.

Tuchel Speaks About Mason Mount and Praise Him for Giving Chelsea His Best.