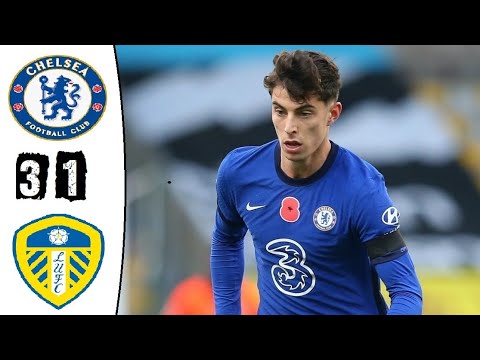 Chelsea is back in their winning ways in the premier league game, after winning Sevilla with four goals to nothing in the champions league game. Chelsea football club hosted Leeds United at Stafford bridge and the Leeds counterpart was so disappointed as they collected a whopping defeat despite Chelsea’s early conceive. The game started so badly as Chelsea conceived in the first 7 minutes of the game, following a counter-attack from the Leeds side. Oliver Giroud was there to equalize for Chelsea following a fine cross from Reece James. Recall that Oliver Giroud has been in form after scoring four goals against Sevilla in the champions league group stage qualifications. Chelsea is currently on top of the table with 22 points and 25 goals, the team is in great form as they remain unbeaten in their last 10 matches. Although Leeds United was a threat to Chelsea they finally conquered.

Here is the screenshot of the premier league table; Despite Chelsea’s win, fans are very angry with Kai Havertz, they complained about his sluggish and weak passes in the midfield and preferred the coach to sell him as soon as possible. Also, the fans commended Recees James for his wonderful efforts in the game and tagged him the best right back in the premier league right now.

Here are the screenshots of their chats;

I believe Chelsea’s win was well deserved as everyone worked very hard to make this win come true, do you think Kai Havertz is not at his best right away?

Related Topics:Chelsea fans react to Players Performance as they single out one player to Improve
Up Next

This is how EPL table look like after Chelsea 3:1 win.