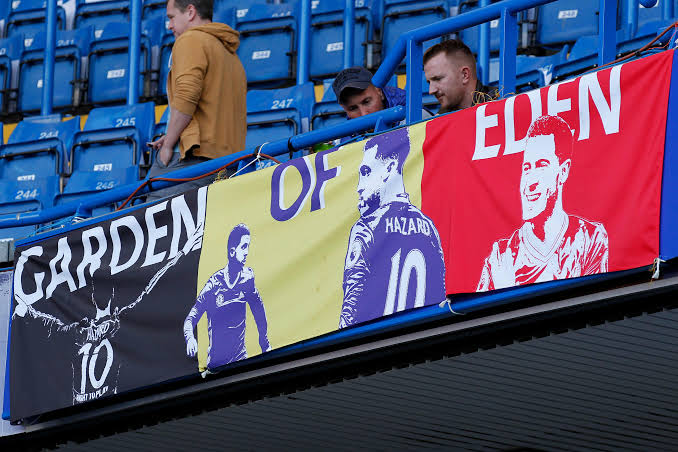 Eden Hazard joined The Blues back in 2012 at the age of 21. The Belgian captained was a big deal at the Bridge where he was the playmaker and trophy winner. One record that Hazard set during his time at London is being the best penalty taker where he never missed not a single penalty but converted them 100%. The 21-year-old Eden Hazard joined from French club Lille and went on to dazzle for the Blues, lifting two PL Trophies, as well as winning the FA Cup, EFL Cup, and UEFA Europa League, twice. During this stay at London Hazard was a social and funny player both on the pitch and off-pitch. for this reason, fans loved him even more to an extend they named Stamford Bridge as the Garden Of EDEN. This was out of love and the fact that Eden was king home or away and would win games for the blues having decorated with different brilliant skills. Related Topics:Chelsea Fans Named Stamford Bridge after Eden Hazard as " The Garden of Eden"
Up Next