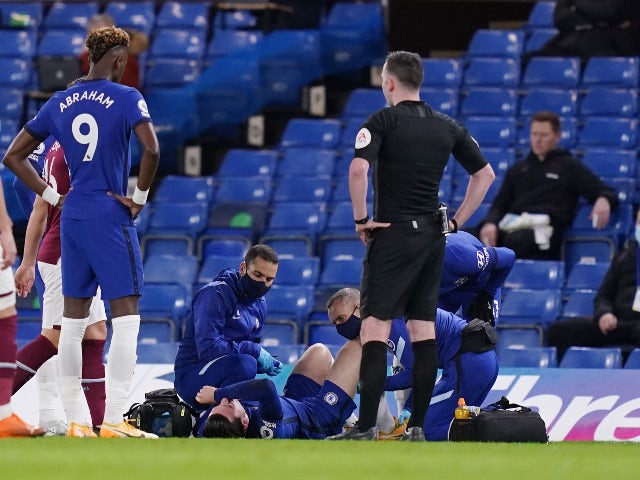 Chelsea and Arsenal would be clashing against each other on Saturday, at exactly 6:30pm in the evening. As, the Frank Lampard’s men and the Mikel Arteta’s men would continue their Premier League fixtures for 2020-2021 season. We all know that Arsenal are currently struggling as per their performance, in Premier League this season. But, the match between them and Chelsea always look tough and rough, regardless of their form. Thus, the Blues would have to dazzle brilliantly to bag 3 points against the Gunners on Saturday. Meanwhile, Chelsea have received a vast bad news, as three of their star players would miss Arsenal’s clash on Saturday. And, this was reported by the Blues gaffer himself, Frank Lampard. Having ready to clash against the Gunners without their best players.

According to Frank Lampard in his Pre-Arsenal press conference this afternoon, the Blues gaffer stated that, Hakim Ziyech is not fit to play against the Gunners, so he’s unavailable on Saturday. And, Ben Chilwell and Recce James are doubtful for Arsenal’s showdown on Saturday evening. As, that’s indeed a bad news for Chelsea ahead of their derby. Frank Lampard claimed that Hakim Ziyech needs to recover very well, before he could be in contention for Chelsea. And, Recce James still out due to knee injury and Ben Chilwell needs to recover fully, after he sustained an injury against West Ham United on Monday night. In other words, Hakim Ziyech, Ben Chilwell and Recce James would miss the Gunners clash on Saturday. As, the Blues don’t want to rush their players to get back on the pitch. Of course, Chelsea would definitely miss these players against the Mikel Arteta’s men during the weekend. Obviously, Azpilicueta would replace James from the right-back spot, Emerson for Chilwell as per the left-back spot. And, Christian Pulisic would play from the right-wing and Timo Werner from the left-wing against the Gunners on Saturday.

Can Chelsea defeat Arsenal on Saturday without Ziyech, James and Chilwell?

Related Topics:Chelsea Clash with Arsenal as Three of His Star Players Injured. See Photos.
Up Next

What Hakim Ziyech Tweets on His Twitter Handle That Got Fans Reaction.

Chelsea on the brink of Signing Dutmund Striker in January.