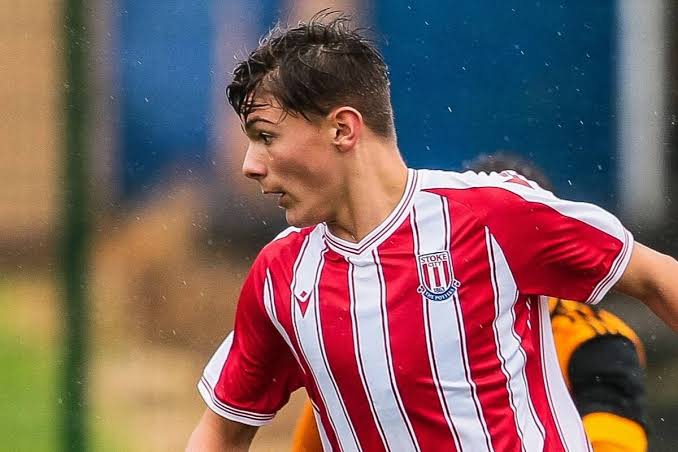 Even though Chelsea football club lifted their second-ever UEFA Champions League trophy at the end of the 2020/2021 season, the club is still keen on achieving more success.

The West London club want to compete with the likes of Manchester City, Manchester United and Liverpool for more trophies this season and have signed Romelu Lukaku and Marcus Bettinelli to bolster their squad.

That has quite worked out well so far as Chelsea are currently in first position on the Premier League table heading into the international break after racking up 16 points from their first seven league matches. However, the Blues are still very much interested in improving their attacking options and have been linked with a move for Stoke City youngster Emre Tezgel.

The 16-year-old England International, who has been at the Stoke City academy until July 2021 has been quite a phenomenal player for a while now.

The highly-rated centre-forward was very impressive during the 2020/2021 season. He played 23 matches in the Under-18 Premier league, scored seven goals and provided five assists.

Emre Tezgel has also started the ongoing 2021/2022 season on an impressive note and has scored seven goals in four Under-18 Premier league matches so far. His excellent performances in front of goal is said to have caught the attention of several European clubs and according to reports from The Sun, Chelsea are in the race to sign him from Stoke City.

The Blues are keen on adding him to their famous youth academy in order to train him into becoming one of the very best footballers in the future.

However, Chelsea will have to beat off competition from fellow Premier League side Manchester United in order to seal a deal for Emre Tezgel when the transfer window opens next year.

Like Loading...
Related Topics:Chelsea Chief Marina Gravnoskaia Vow to complete the signing of highly-rated England centre-forward in January.
Up Next

Heart Breaking: William Walk Out Of Arsenal, Regret Leaving Chelsea As He Terminates His Arsenal Contract