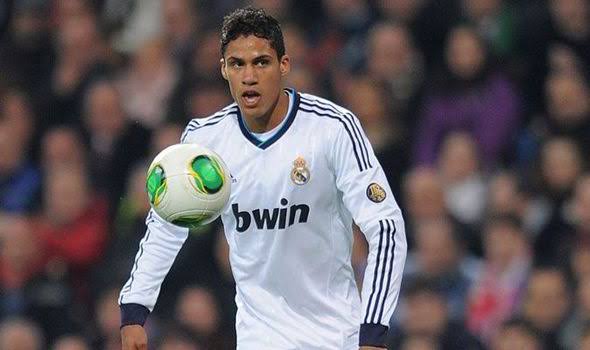 Chelsea Football Club are considering their many transfer options as the Blues have started plans to bring in more world-class players to massively improve the overall quality of the squad at Stamford Bridge. Recent reports has stated that Chelsea are eyeing a massive move to complete the signing of Raphael Varane from Real Madrid as the world-class French defender has been linked with a move out of the Spanish Capital and Chelsea are set to battle it out with the likes of Manchester United for the transfer. Chelsea legend and coach Frank Lampard has come under criticism in recent weeks due to the poor form of Chelsea despite spending over £200million in transfer fees last summer as the Blues currently finds themselves outside the champions league places. Chelsea coach Frank Lampard has now identified the defense as a major position that needs further strengthening next summer and Chelsea are keen to bring in a world-class defender that will be a direct long term replacement for Thiago Silva as the Brazilian defender is in the twilight of his career. According to reports, Raphael Varane is on the Chelsea’s wishlist for defenders and the Blues transfer chiefs could make an audacious effort to complete the signing of the defender in the summer transfer window. Also, Chelsea were handed a boost in their pursuit for the defender as close sources to the player has stated that Raphael Varane could be looking to switch from Real Madrid in pursuit of a new challenge as the defender has won everything possible whilst at Real Madrid. However, Chelsea will have to pay a fee in the region of £77M to complete the signing of Raphael Varane in the summer as it will only take a massive transfer fee to convince Real Madrid and Zidane to part with the defender who has become and integral member of the Madrid squad in recent years. Also, Chelsea will have to battle with the likes of Manchester United to complete the signing of the defender as the Red Devils have also been linked with Raphael Varane as they look to bring in another world-class defender despite spending £80m on Maguire. Raphael Varane will definitely bring in tremendous defensive quality for Chelsea as the defender will be able to solidify the backline with his excellent defensive ability and also, Varane will bring in an invaluable winning experience and mentality to Chelsea Football Club. His pace, reading of the game, tackling ability and organization will be a huge boost for Chelsea as he is one of the best defenders in Europe when it comes to organized tactical plays.

However, it remains unknown if Real Madrid will part with the player in the summer but Varane looks like he wants to leave Madrid and Chelsea have the financial backings to sign any player and this makes it an eye watering situation.

What are your thoughts on Varane? Can Chelsea sign him?

Like Loading...
Related Topics:Chelsea Board Set for £75million Deal to Finalize Massive Signing of World-Class Real Madrid Defender
Up Next