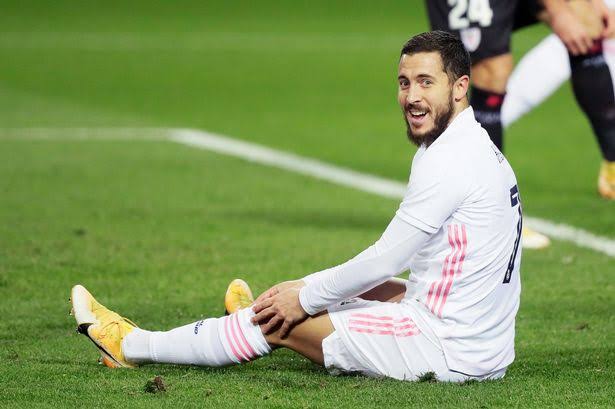 Chelsea Board have intensified effort to save the carrier of former Chelsea super star and are interested in signing the Belgium international Eden Hazard from Real Madrid. If we could recall the blues sold Eden Hazard to Real madrid last two season for a disclosed fee of €85m.

According to reports Real Madrid want to sell the Belgium international due to injury.

Hazard has been suffering from muscular problems and the club wants to sell the 30-years old player before he lose value in the transfer market.

Chelsea have shown interest in bringing back their legend to Stamford bridge.

The 30 year old winger have scored only 3 goals from 13 matches he played this season.

Thomas Tuchel have the intention of bringing the 30 years old international to Stamford bridge.

What do you think about the article? Can Thomas Tuchel make good use of the Belgium international. Feel free to drop your comment.

Transfer Latest: Chelsea on the verge of agreeing £9m-a-year contract offer to complete the signing of £184,000-a-week player

Tuchel Tutors The Players How To Dismantle Liverpool Defence.