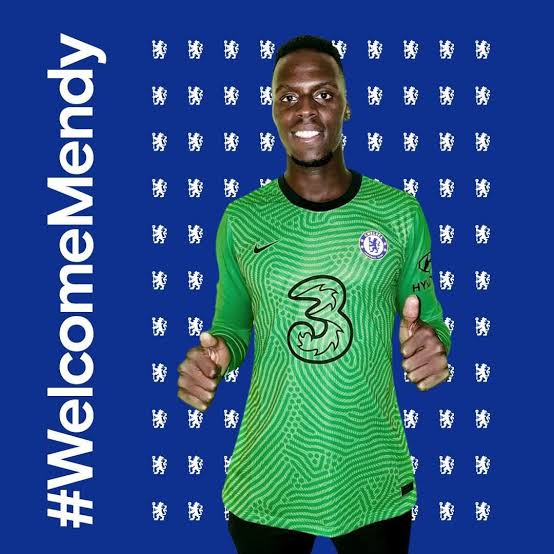 The former Rennes football club of France goalkeeper who has been outstanding for Thomas Tuchel led Chelsea football club since joining the Blues in the last summer transfer window, celebrates his 29th birthday on Monday, and he has been celebrated by many people across the globe. Mendy has established himself as Chelsea number one goalkeeper since joining the club, and his excellent performance under sacked Blues coach Frank Lampard has made him to retained his spot as the club’s first choice goalkeeper under German tactician Thomas Tuchel, and he has kept all but two of Chelsea’s matches in all competitions under the former Paris Saint Germain head coach. Edouard Mendy has been superb under Thomas Tuchel, and he has kept 5 cleansheets in seven appearances played under the former Borussia Dortmund coach in all competitions. Reacting after reaching the age of 29, Edouard Mendy posted on his verified Instagram handle that;

“A 29th candle blown out, thanks to God. Thank you all for your calls and messages 💙💙.” Reacting to Edouard Mendy’s statement after reaching a milestone, Chelsea Board and Chelsea  stars Mason Mount, Cesar Azpilicueta and fans reacted by commenting to congratulate him. Related Topics:Azpilicueta and Fans send Messages.Chelsea Board React To Edward Mendy Birthday Celebration as Mount
Up Next