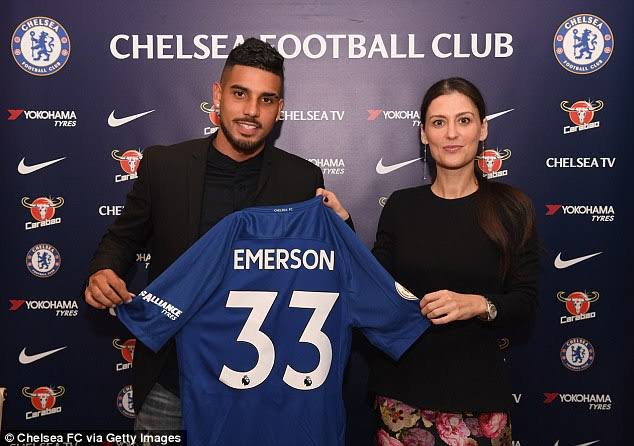 Chelsea Football Club are considering their options as the Blues are keen to bring in world-class players to massively improve the overall quality of the squad under Thomas Tuchel after a brilliant start to life under the German Manager. According to reports, Chelsea are eyeing a massive swap deal to complete the signing of Highly-rated Inter Milan attacking midfielder Nicolo Barella as the Blues are keen to offer Emerson Palmieri plus £40million to complete the transfer. According to reports, Chelsea are ready to take advantage of Inter Milan’s financial crisis as the Italian giants made a loss of over £100million due to the financial implications of the pandemic and this may force Inter Milan to part away with some quality players. Chelsea are now reportedly eyeing a massive swap deal as they look to offer Emerson to Inter Milan in order to sign Nicolo Barella who has been a Chelsea transfer target for a long time and he has also been very impressive for the Italian club this season. 23-year old Nicolo Barella is regarded as one of the hottest midfielders in Europe as his impressive performances for Inter Milan has attracted the interest of the Blues and other top European clubs this summer. Nicolo Barella has scored 3-goals and laid 10-assist for Inter Milan this season and his excellent determination, passing range, technical elegance and creativity has been top notch this season and this has made him one of Inter Milan’s best performers as they look to challenge for the Seria A title. Emerson Palmieri has failed to feature for Chelsea since Thomas Tuchel took over and the Italian international is being valued in the region of £15million will be looking to move out of Chelsea in order to get more regular playing time. Inter Milan have been a target for the Chelsea left-back and the Blues are reportedly confident that they will be able to reach an agreement with Inter Milan in order finalize the massive swap deal that will see Barella head to Stamford Bridge and Emerson to Milan. Nicolo Barella is valued in the region of £55million but Chelsea will have to pay £40million plus Emerson in order to complete the transfer and this brings the total figure to £55m. However, Inter Milan will be reluctant to part ways with Barella but their financial situation might force them to sell in order to meet Financial Fair Play regulations for next season. Barella is a wonder midfielder and his technique will bring in another dimension for the Blues as he will surely improve Chelsea.

Related Topics:Chelsea Board on the Verge of Offering Emerson Plus Cash To Finalize Signing of World-Class Attacking Midfielder
Up Next

Watch Kaka Trending Videos and His Memories as a Complete Footballer.