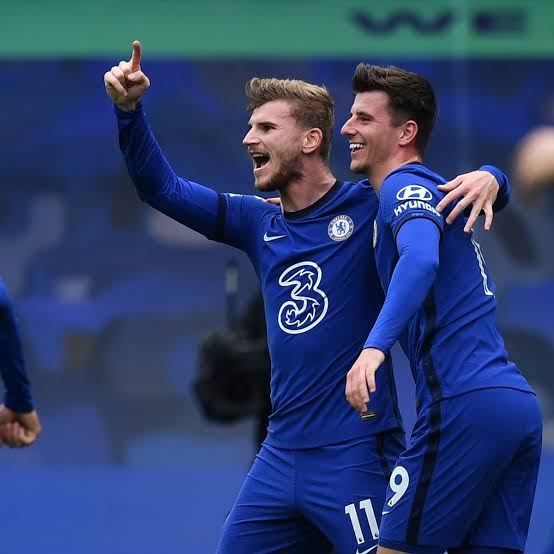 Germany have sealed a place at next year’s FIFA World Cup tournament in Qatar with two matches to spare after thrashing North Macedonia 4-0 on Monday night. The victory was inspired by Chelsea stars as Timo Werner and Kai Havertz both got on the score sheet, while the result was rounded up by former Chelsea academy graduate – Jamal Musiala. Werner seems to have found his goalscoring form in recent matches. He now has three goals in his last three appearances for club and country, including his brace on Monday night and his winning goal in Chelsea’s last outing against Southampton. The goalscoring form which the former RB Leipzig striker is showcasing is coming at the right time for Thomas Tuchel and Chelsea as he is about to take on a major responsibility for the West London club. Romelu Lukaku is a doubt for Chelsea’s next fixture against Brentford FC after he suffered a muscular injury while on national team duty for Belgium. The big Belgian has served as Chelsea’s main goal getter since his 97.5 million pounds arrival from Inter Milan in the summer, however, he could sit out the game at the weekend due to his injury. Thomas Tuchel might decide not to risk Lukaku especially with a crucial Champions League game coming up next midweek. This means that the German manager will most likely turn to Timo Werner to lead the attack in the West London derby on Saturday evening. Chelsea need a victory against Brentford at the weekend to maintain their position at the top of the Premier League table and they will be relying on Timo Werner to turn up for them that day. Werner will be looking to continue his fine form in front of goal and will fancy his chances against the Premier League new boys at the Brentford Community stadium this Saturday.

Like Loading...
Related Topics:Chelsea and German Striker Timo Werner Ready to Lead the Attack Against Brentford
Up Next

Check out the Strongest Chelsea Lineup that Can Depleted Any Team in Europe.

Good News as Two Chelsea’s Star Make a Come Back from Injuries and Trained For their Next Fixture.