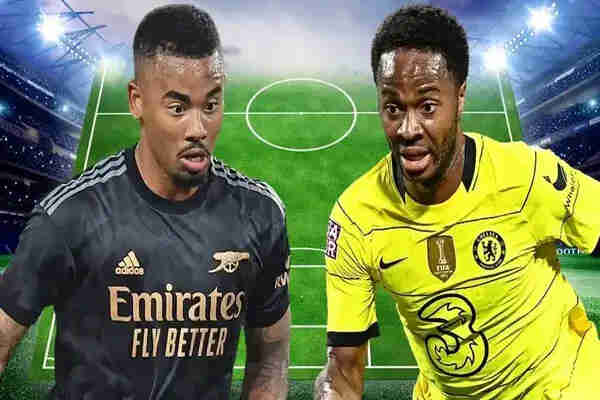 Early on Sunday morning, Arsenal and Chelsea will square off in Orlando for the Florida Cup. The Blues, however, dominate a combined starting XI between the two teams based on current squads. In a straightforward 4-3-3 formation, Edouard Mendy replaces Aaron Ramsdale in goal.

In addition, Reece James replaces Takehiro Tomiyasu at right back. Ben Chilwell enters the other side before Kieran Tierney. Gabriel Magalhaes, however, manages to squeak in at center back.

Then, instead of his countryman Thiago Silva, he is joined by Kalidou Koulibaly, a recent Chelsea acquisition. More Blues are present in midfield, where N’Golo Kante and Mateo Kovacic make a strong team.

Mason Mount is forced to make way for Martin Odegaard on the team because of his inventiveness. Gabriel Jesus, a new striker for Arsenal, and Bukayo Saka, a fan favorite, are both in the starting lineup, and Arsenal is also dominant up front.

Raheem Sterling has finally given Chelsea a potent new cutting edge, giving them some hope in the attack. It will now be interesting to see how the two sides fare in this weekend’s heat in Florida.

Arsenal has been dominant in preseason, defeating opponents like Nurnberg, Everton, and Orlando while scoring ten goals.

On the other hand, Chelsea has struggled to score goals in their last two pre-season games. Thomas Tuchel’s played out a lucky 2-1 win against Club America before their disappointing draw against Charlotte last time out.

Let us take a look at Chelsea and Arsenal combined best XI as both teams are set for a crucial pre-season clash on Sunday morning:

Like Loading...
Related Topics:Chelsea And Arsenal Combined Best XI As Both Teams Are Set For A Crucial Pre-Season Clash
Up Next