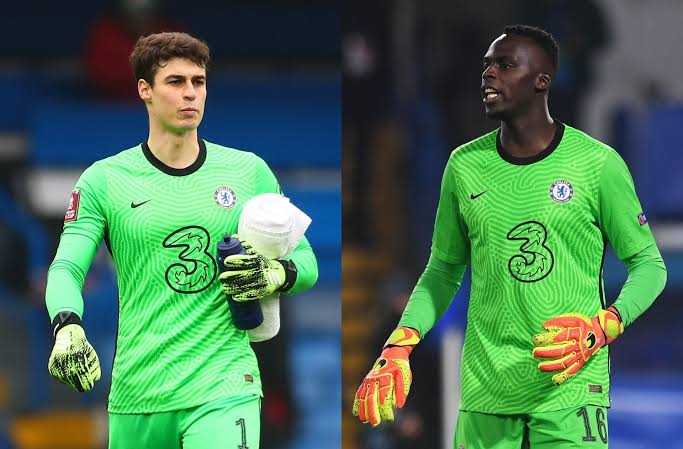 Chelsea has been in a tremendous form this season since the appointment of the German tactician Thomas Tuchel in Januar The former Paris Saint Germain coach successfully transformed the likes of Kai Havertz, Ngolo kante, Antonio Rudiger, Mason Mount, and Edouard Mendy into world class players.

According to various reports, Kepa Arrizabalaga’s fiancee has revealed her dissatisfaction after seeing lack of game time pool The Spanish international goalkeeper out of national squad.

No doubt, the fact is that since the arrival of the 29-year old Senegalese international gloveman from Rennes, Kepa Arrizabalaga has seen his game time dramatically reduced due his inconsistent form.

Despite the Spaniard being the most high-ticket goalkeeper, he is been benched by a less cheaper goalkeeper Edouard Mendy.

After Chelsea been crowned the UEFA Champions in the concluded 2020/2021 season, Kepa Arrizabalaga missed the Spain’s first place to Manchester United goalkeeper David de gea, and his girlfriend claims that it’s Edouard Mendy’s fault, putting the blame on him for Arrizabalaga’s misfortune.

Related Topics:Check out what Kepa Arrizabalaga's Girlfriend Said Against Edward Mendy.
Up Next

Cesc Fabregas Roots for Super Star Ahead of FIFA Awards