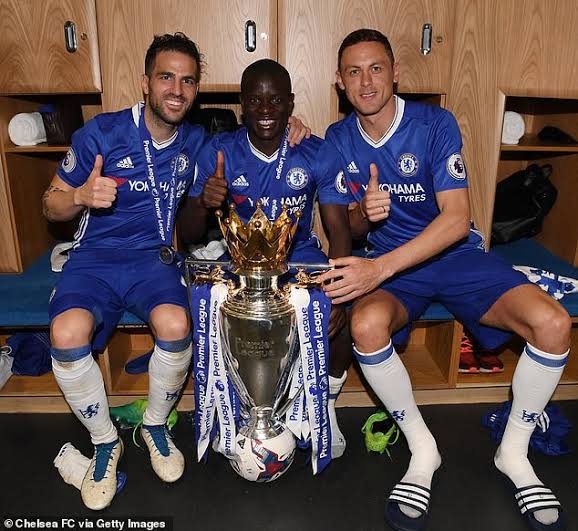 Chelsea Midfieder Ngolo Kante was a key piece for Chelsea winning Liverpool last Thursday at Anfield. Thomas Tuchel’s men were once again dominant over their opponent this time against the struggling champions of England Liverpool.

The game ended in a 1-0 victory for the blues after Mason Mount struck well to beat Allison Becker from a fine long ball from Kante.

Chelsea’s player are beginning to show more of their work rate and potentials now as they have not lost a single game in 10 matches since the appointment of Thomas Tuchel.

The Chelsea player that caught the eyes of ex Chelsea Midfieder Fabregas was Ngolo Kante, Making the Spaniard to come up with a new nickname for the French Midfieder. In his Twitter handle, Fabregas called Kante N’golinho as he sees him as man of the match in the Liverpool game. Kante’s long ball from Chelsea’s half to Mason Mount just at the stroke of halftime ensured the blues kept their unbeaten run in 10 games intact as they will play Everton next Monday.

Related Topics:Check out the new nickname Cesc Fabregas called Kante after Liverpool Loss to Chelsea.
Up Next

Transfer Latest: Chelsea on the verge of agreeing £9m-a-year contract offer to complete the signing of £184,000-a-week player