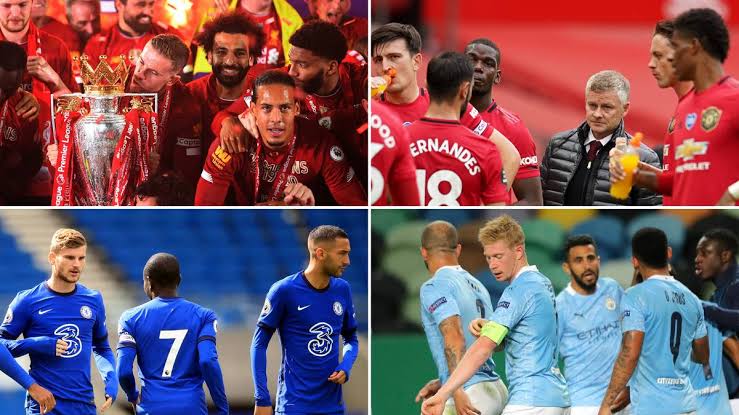 The glamour of the premier league is beginning to take it course as Chelsea, Manchester City, Man United and Liverpool who top the table after week 6 Fixtures are showing their supremacy in the EPL.

Arsenal have moved into the top half of the EPL table following their impressive victory over Tottenham Hotspur in the North London derby on Super Sunday. Mikel Arteta and his boys outclassed their city rivals in front of a fully packed Emirates Stadium which had some notable names in attendance like iconic club striker Thierry Henry and Germany national team head coach – Hansi Flick.

The Gunners opened the scoring after great work by Bukayo Saka on the left flank who dribbled past Sergio Reguilon to lay it off for an easy tap in for Emile Smith Rowe.

The new Arsenal number 10 then turned provider for the next goal as he linked up brilliantly with Aubameyang in a swift counter attack which the Gabonese striker side footed into the back of the net. The result was settled before half time as Saka found some space for himself on the left flank before dribbling his way into the Tottenham box and slotting the ball beyond Hugo Lloris. A goal by Son Hueng Min in the second period was only a consolation for Spurs as the game ended 3-1 in favor of Arsenal. With their result on Sunday evening, Mikel Arteta’s side are now on 9 points and have moved into the top half of the EPL table for the first time this season. Below are the results of the 9 matches that have been played in gameweek 6 so far. Arsenal are now in 10th position, level on points with Brentford above them. Meanwhile, all the leaders of the table heading into this weekend failed to win their various games on Saturday. Chelsea and Manchester United suffered home defeats to Man City and Aston Villa respectively, while Liverpool could only manage a draw against newcomers Brentford FC. In the bottom half of the log, Tottenham have now dropped to 11th place even after their initial perfect record in the opening 3 matches. Wolves climbed out of the relegation places with their victory over Southampton on Sunday afternoon, while Leeds United, Burnley and Norwich City all occupy the bottom places

Check out the Full Results and Table in Tuesday’s Champions League Group stage.

Check out the Live Scores Between Leeds and Aston Villa at Halftime.