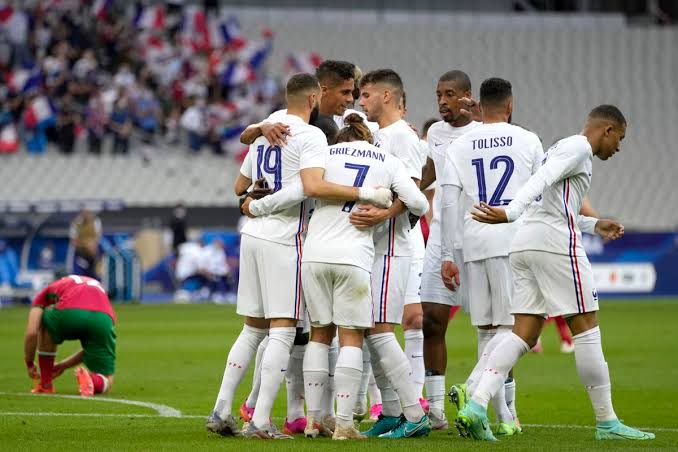 Chelsea’s Olivier Giroud scored brace in France 3:0 victory over Bulgaria in their International friendly clash yesterday, after coming off the bench. Antoine Griezmann scored the first goal for France in the first half, while Olivier Giroud grabbed two late goals I’m the 83rd and 90th minutes, as France won the game by 3 goals to nil. In the first half, France dominated possession and eventually took the lead against Bulgaria, when Antoine Griezmann found the back of the net in the 29th minutes, as the game ended 1:0 at halftime in favor of France. After the game ended, Chelsea fans were delighted with Giroud performance. See Reactions Below. Like Loading...
Related Topics:Check out Oliver Giroud Brace Against Bulgaria that Make Fans Talking. See Reactions.
Up Next

Chelsea Latest Transfer Update: The Blues Chief Ready to Sell 13 players to Fund Targets, Man United to submit bid for Sancho and Others.