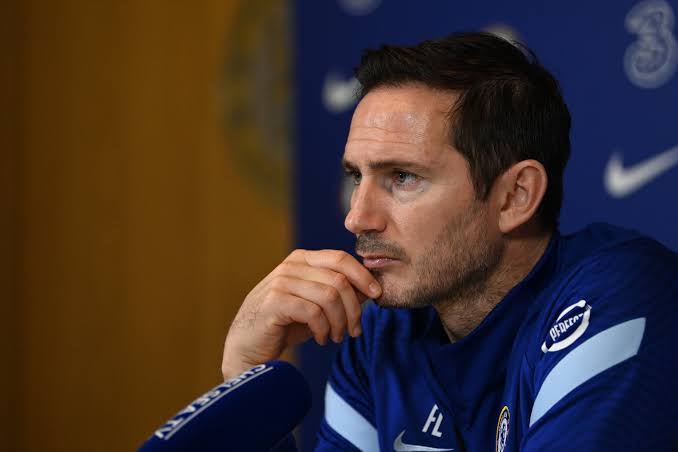 Things are getting more intense at Stamford bridge and the blues manager Frank Lampard is now under pressure after another disappointing results against Manchester City.

Manchester City played with confidence and emerge victorious in a 3-1 win against Chelsea.

Chelsea are not in good form After losing to Arsenal, a draw vs Aston villa and the new year campaign started with a defeat to Manchester City.

Goals from ikay Gundogan, Foden and Kevin de bruyne was enough to seal the victory for Manchester City, while Chelsea grab a late consolation goal to end the match in a 1-3 defeat at Stamford bridge, with Manchester City having the most possession in the game.

Raheem Sterling was very close to score his first goal of the year but was deny by the wood work.

Chelsea will play Morecambe, Fulham, Chelsea, Wolves, Leicester City, Burnley, Tottenham Hotspur and Sheffield united in their next fixtures, a match for Chelsea to get back to winning ways.

Frank Lampard must ensure he wins his next match Like Loading...
Related Topics:Check Out For The Next Six Chelsea Fixtures that Will Determine Lampard Stay at the Bridge
Up Next

How Spanish and Italian League Tables Look Like after Barcelona and Juventus Victories.

Chelsea’s Predicted Line Up Against Manchester City. Ziyech And Pulisic To Start