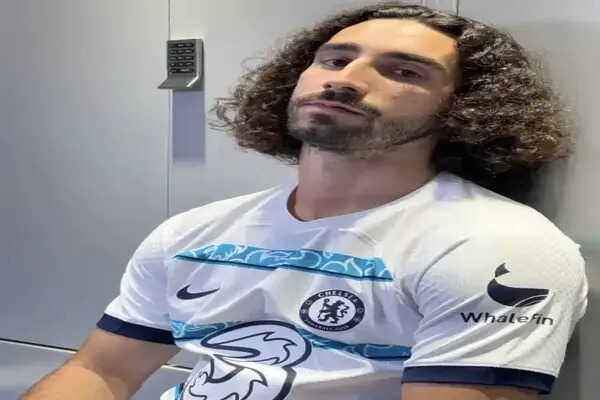 After several days of speculations, Chelsea finally reached an agreement to sign Marc Cucurella from Brighton. Note that the Spanish left-back moved to Chelsea for a record fee on a 6-year contract. However, this official announcement is a sign of relief for many Chelsea fans. According go Fabrizio Romano, the feeling around Cobham Training ground is that the 24-year-old left-back could be available for Chelsea’s opening game against Everton. On the other hand, this article will focus on why thousands of fans are reacting after Chelsea finally confirmed the signing of Marc Cucurella from Brighton. Take a look! Note that many hours ago, Brighton came out to deny reaching any agreement with any club to sell Marc Cucurella. In a post on Twitter, Brighton described the report as fake.

However, fans are reacting because Chelsea used “similar” lines to what Brighton used in debunking the news. Hence, many fans have described it as a petty way to make an announcement.

On the other hand, some fans have described Cucurella’s announcement as the best because the club took a gentle dig at Brighton. Some Reactions To Cucurella’s announcement

Like Loading...
Related Topics:Check out Fans Reaction As Chelsea Confirm The Signing Of Cucurella From Brighton
Up Next