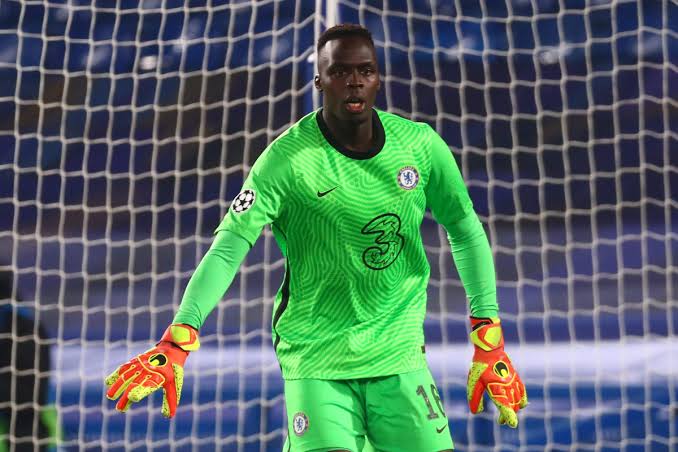 How Goalkeeper Eduoard Mendy showed why he is one of the best goalkeepers in the world today by putting up a beautiful performance in Chelsea’s 3-0 victory over Aston Villa. The Blues welcomed Villa to Stamford Bridge and ended up victorious thanks to a goal from Mateo Kovacic and a brace from Romelu Lukaku, but it was Mendy who saved the day for Chelsea. Despite going a goal up early in the first half through Lukaku, Chelsea was mounted with lots of pressure by the Aston Villa attack. New signing Saul Niguez kept losing the ball in midfield, and the visitors attacked on all fronts.

Mendy had to put up saves after saves to deny Aston Villa a goal. In the first half alone, he made more than five saves to keep Chelsea in the game. At the end of the match, no goals went into Mendy’s net, giving him his third clean sheet of the season.

The Chelsea number one is a major contender for the Golden Glove this season and now sits second on the clean sheet charts, tied on the same number with Tottenham’s Hugo Lloris. Last season, Mendy lost the Golden Glove to Ederson by just a few numbers despite playing fewer games. Do you see him claiming the award this time around? Like Loading...
Related Topics:Check out Edward Mendy's Position on The Clean Sheet Chart After A Sensational Display Against Aston Villa..
Up Next

Watch Video: What A Way to Go! Moment Antonio Rudiger Scores A Fantastic Goal Vs Iceland